The Thief In The Night

I'd hoped for more Bushnell snaps of pine martens last night, but it was not to be. Instead, I gathered digital evidence of the prime suspect in The Mystery of the Disappearing Martens.

After a three-year marten bonanza, the last two years have been disappointing with fewer evening visits and even fewer daylight ones. The Pride is not to blame, for its night-time hours are spent hogging our bed and waiting impatiently for breakfast.

No – the villain is Mystery Moggy No1, aka The Ginger Monster, whose home is unknown so we've no idea how far he travels to steal marten food and threaten resident felines with his hulking presence. What a nuisance. 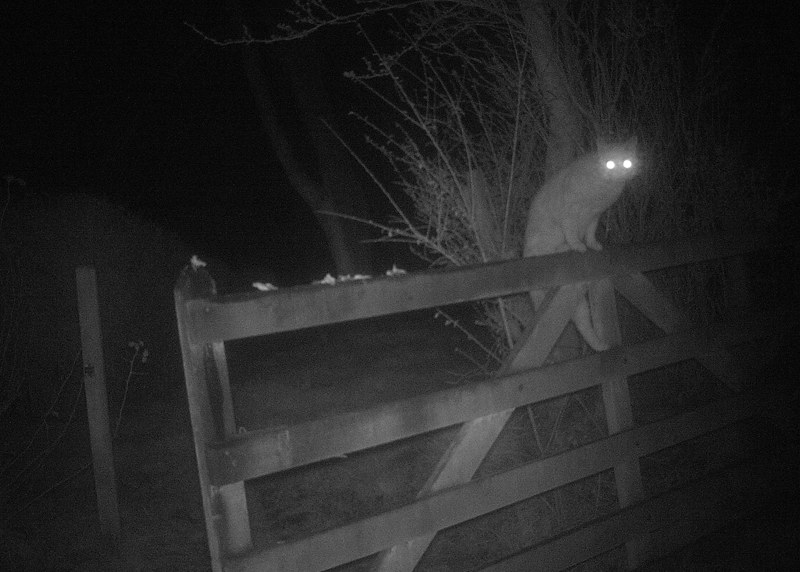 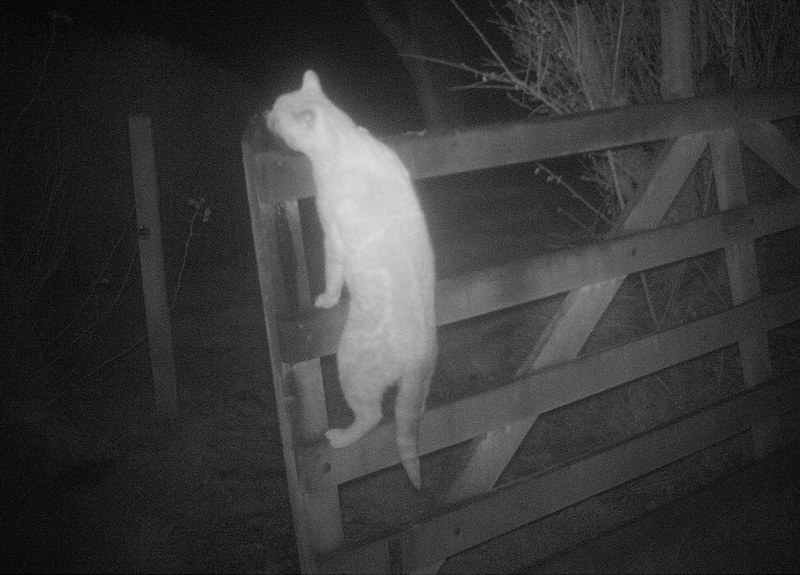