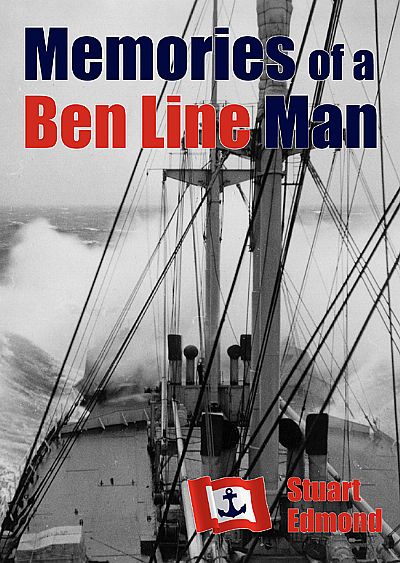 Memories of a Ben Line Man

All the young Stuart Edmond dreamed of was a life at sea. In the 1950s that’s what he had, first as a cadet, then as an officer with the Scotland-based Ben Line.

During his years aboard a succession of merchant ships he served with some memorable characters and sailed the world, only to find a wife no further away than his ancestral home of Shetland.

It was a time before satellite navigation, when letters home were the main means of communication, and when Britain still ruled some of the waves – a time now gone forever...

Memories of a Ben Line Man is now out of print but copies may still be available at Picaresque Books and Courtyard Coffee Shop, both in Dingwall, at The Emporium in Cromarty, the post office in Avoch, the Dornoch Bookshop, MacGillivray's in Benbecula, the Baltic Bookshop in Stornoway, the Shetland Times Bookshop in Lerwick, the Orcadian Bookshop in Kirkwall, Stromness Books and Crafts, and at Waterstone's in Inverness and Edinburgh West End.

Stuart has followed up his book with a prequel, My Early Years, covering his schooldays in and around Portobello, Edinburgh. 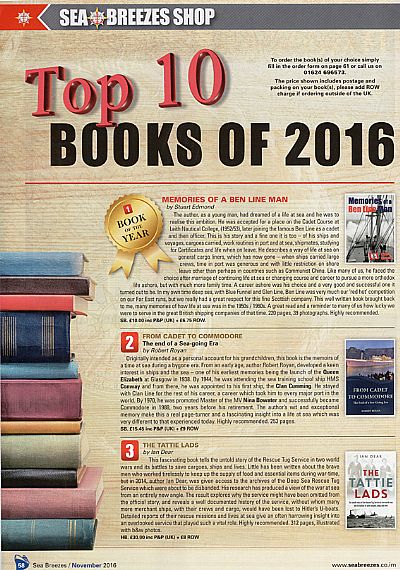 "Thanks Stuart. Have just finished reading your book-just couldn't put it down" Jim M, New Zealand

"Stuart, tell your mates how good the  book is!" John F, Scotland

"Stuart, you have certainly given me great pleasure in reading your book" Ian K, Scotland

"Stuart, congratulations on the publication of a cracking read cover to cover" FPP, Australia