Winding Down For Christmas

Just one day to go until the big ho ho ho, so it's not surprising that the work I planned to do today has been ignored in favour of more frivolous activities, such as creating the annual festive greeting from The Pride. Its message, and the picture of her darlings, is the highlight of Matchgirl's year. 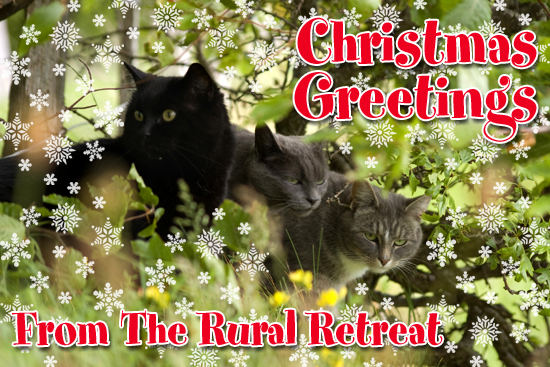 A small amount of real work did get done, including parcelling up a consignment of Ben Line books for the Shetland Times Bookshop, which has requested what its author and I hope will be the first of many. A second print run has been commissioned from Speedprint in Inverness, as the first 200 is almost sold out.

Still in the wonderful world of publishing, five tickets were reserved today for the annual Highland and Islands Press Ball, on February 5, where a horde of drunken hacks and PR tarts will be joined by some of the Chatterbox team – because we're on the shortlist for Community Newspaper of the Year! We're up against publications from Lewis and the wild side of Lochaber. Fingers crossed.

Just two days to go until City Limits' next outing – the Boxing Day bash at Johnny Foxes (followed by two nights at the same venue next weekend. They like us there).

Mike continues as drummer for the time being, but it was Sam in charge of the sticks at last night's rehearsal where Ashley was also in attendance. Most of the set has now been gone through, which means Sam is almost ready to make his City Limits debut. The date has yet to be set.

We'll miss Mike, so it was fitting that at Portree our bizarre set-up meant he took centre stage rather than being hidden at the back.