Rosemarkie People and Places (brought to the public by ace Black Isle publisher Bassman Books) has sold around one hundred copies in less than a week, according to its extremely happy author, Freda.

She's even appeared in The Inverness Courier, thanks to some even acer PR by her publisher. I've not yet seen the article so I can't comment on it, but any publicity is good publicity, so they say. Whoever 'they' are.

With luck, the paper's mentioned the book's official launch, from 2-4pm at Gordon Hall, Rosemarkie, on Saturday. Don't miss it. 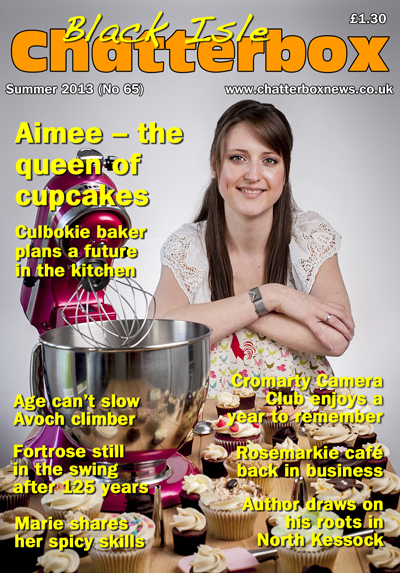 In other publishing news... The summer edition of Black Isle Chatterbox should be in the shops by next weekend, packed with news, sport and features. Make sure you get your copy.

Snappery Update: What's happened to Flickr? A simple, handy site has been improved into something slow and cumbersome, probably for the benefit of smartphone and tablet users. Grrr. I have a few snaps to upload but they'll have to wait until tomorrow.