So that’s the Christmas shopping done bar odds and ends which Matchgirl will pick up tomorrow. Earlier, I kept today’s run to thirty minutes (plus two of walking) following yesterday’s blood donation, of which there’ll be no more until after the marathon. I’m not sure if running with a pint less than normal was the reason or the excuse for doing less than 5k, but pushing it felt like a bad idea. The next run will be Day One of the marathon training schedule. April gets closer all the time.

As for my gold badge for fifty donations, that’s still to come. I forgot to take the form which included the fact I’d made forty-nine visits, and the replacement printed out at the donor centre said forty-four, which means I’ll have to wait until the end of 2019 for my golden reward. What a swizz. 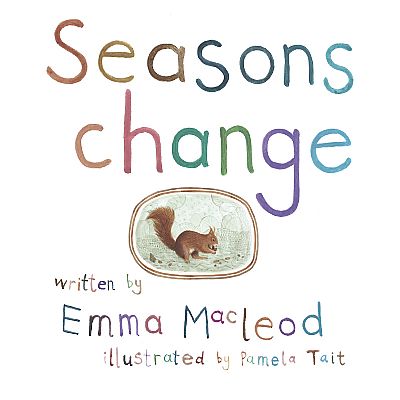 There was more excitement yesterday when I received copies of the latest Bassman Books publication, Seasons Change – an illustrated book about the changing year for parents to read to their kiddiewinks. A bit late for big Christmas sales but that’s the way it goes sometimes. If you wish to spoil the small person in your life you can buy it here.