So it was raining in the south of England today. Shame. In the Highlands the sun was shining, especially in the west, so it was time for a long-overdue trip out on Kawasaki San. Skye was the destination, but along the way I changed my mind and chose Applecross instead. Why not?

The further west, the hotter it got (which is not always the way). Garve, Achnasheen, Kinlochewe, Torridon, Shieldaig, then the mountain road to Applecross. Traffic was light (although a few caravans did their spoilsport best) but the Applecross Inn was thronged with hungry trippers, both inside and out, plus several groups of bikers. Despite that my fish and chips came at impressive speed – well worth the 175-mile round trip.

Then an ice cream was consumed while gazing across Applecross Bay before a return via Lochcarron. And the sun beat down.

Only one thing prevented it from being a perfect day – the lack of Matchgirl on the pillion seat. Her business dealings had to come first. That was the excuse, anyway, although reluctance to see if her leathers still fit may also play a part. 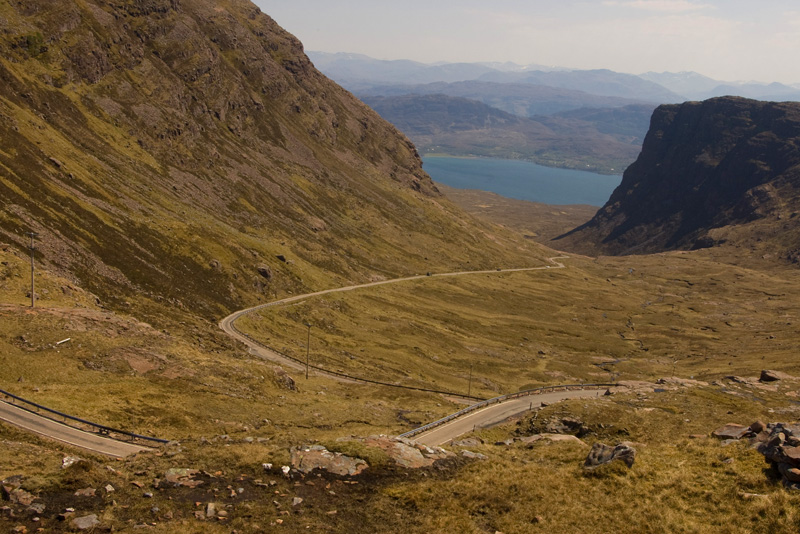 The road to Applecross – I've still not dared attempt it on four wheels. The sun shone but the wind was fierce.