Gordon Hall was packed on Sunday afternoon, thronged with eager purchasers of Freda Bassindale's new book, Rosemarkie Connections – the latest bestseller from Bassman Books. The tea flowed, the cake was fantastic and many signed copies found new homes or are destined to be Christmas presents..

A bonus was that, from my small corner table, I also sold a few volumes: some Tesses, some Dolphins, and several copies of an even more recent BB publication, Memories of a Ben Line Man, signed by author Stuart Edmond who, by pure chance, happened to be lurking nearby. He's yet to decide if or where to have a launch of his own.

The day got even better a few hours later when the great voting public not only put Katie and Anton into the Strictly semis but also saved Anita from having to perform in the dance-off where the evil judges would certainly have given her and Gleb the boot. The cherry on the top, for Matchgirl, was that Helen went home. My beloved knows who she likes and who she doesn't. 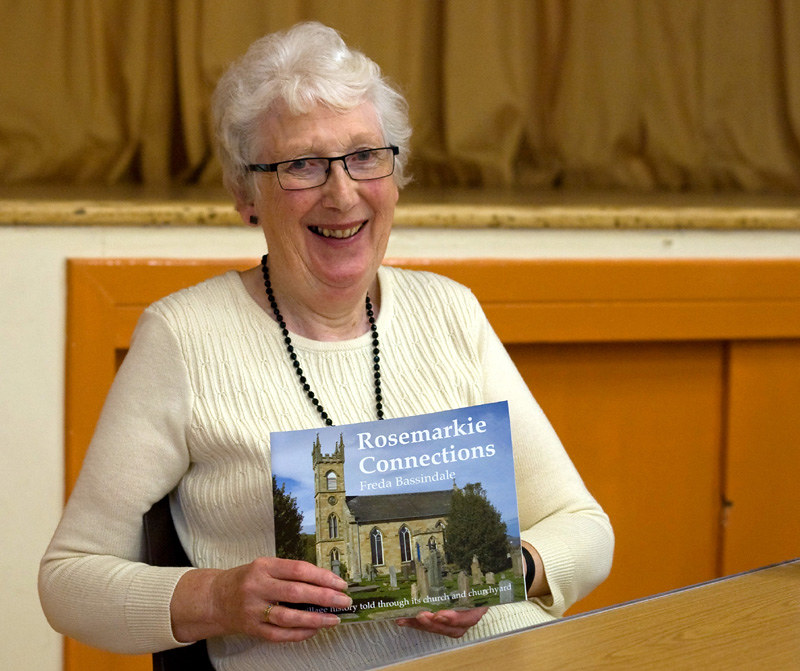