Matchgirl has been heard on occasion to wish for a canine companion to join The Pride and its human carers inside The Rural Retreat. An Irish wolfhound is her first choice, which gives a good indication of how practical she can be. If ordered at gunpoint to take a dog, I'd plump for a West Highland terrier, much to Matchgirl's sneery disdain.

But after today's shenanigans, man's best friend is of less appeal to woman.

The drama began during our regular wander up the lane when, to Matchgirl's horror, a dog walker appeared at the top of it accompanied by two strapping dalmatians. Off their leads. Who charged in our direction with impressive speed. 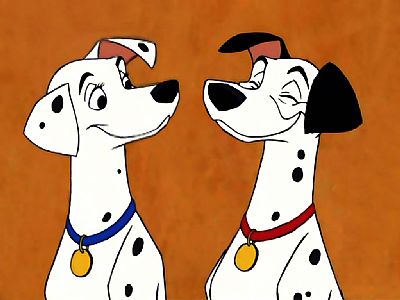 The Fearless Ones disappeared into the bushes while Maia, with more bravery but less sense, stood her ground a few yards behind Matchgirl who stared helpless as the canine cannonballs hurtled toward her.

She need not have worried. Moments before the black-and-white demons leaped at our throats or our cats I stepped forward, held out a palm like a traffic cop, and in a deep, commanding voice bellowed “Stop”.

How I knew to do that, I don't know, but it worked. Both dogs skidded to a halt, one of them so intimidated it immediately returned to its shouting owner. The other stood and gazed at me for a moment, clearly in awe, then also returned to its master who hurried them away.

Pandora emerged from the bushes a while later; Willow was found back inside the Retreat. All felines quickly dismissed the experience; Matchgirl took a while longer to recover.

There could be some time before she raises the idea of a dog again.