Strawdogs' first gig with new singer Greg at the microphone proved a hit with the crowd, much of which was disbelieving friends (who renamed us Straydogs), there to see if their mate really could sing.

As it was, he started well, despite nerves, and finished better. A star is born.

His backing band gave him able support, although the usual occasional fret discrepancies proved that some things never change.

It was also a big night for guitarist/singer/keyboardist Michael who got to play with his new light show and smoke machine for the first time. Pink Floyd eat your heart out. 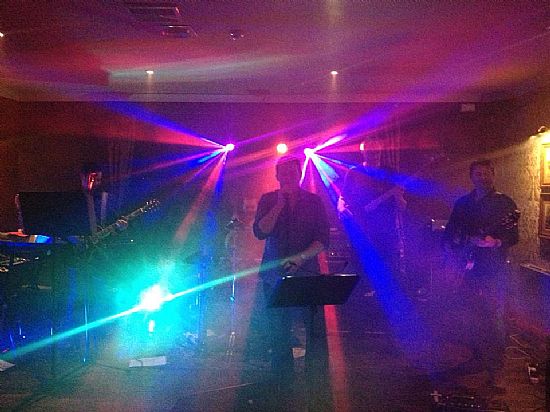 Most impressive was that Matchgirl and Lizzie were among the audience at the Chieftain – impressive because Matchgirl had run fifteen miles earlier in the day and had the blisters to prove it, which is why she stayed off the dancefloor. The wuss.

The only disappointment of the night was that we forgot to play Tainted Love. There's always next time. Whenever that is.