A Quiet Day With Sarah

Today's been a quiet one after a hectic Saturday preceded by a Friday evening in the bustling metropolis of Inverness. I needed a rest.

Our evening out consisted of dinner then seats at Eden Court for the touring production of The Haunting, attributed to Charles Dickens. I don't think he'd have been impressed by the confusing plot, cobbled together from several short stories, and lack of spook. But the trip was worth it for the tagliatelle and fusilli at Riva. A fine choice by Matchgirl.

A craft fair at Achnasheen kept me occupied during the day on Saturday, if not particularly busy. However, it was financially worthwhile and Greengate proved popular yet again. Twice. It's now my best-selling print by some distance – ironic for a would-be nature snapper. And just as well as my card packs were spurned by the public. Maybe they'll do better next week.

The evening found Strawdogs back in action, at a charity gig in Evanton. Our unfortunate support act, the Black Rock Ceilidh Band, played to a mostly empty hall but the place had filled by the time we started and a good time was had by all – although the highlight seemed to be the competition for a bottle of whisky, won by the person able to throw a pound coin closest to it.

The gig was also a learning experience: I discovered, to my shame, how much I need to be able to see the frets when I play particular songs. Whoever turned off the hall lights has a lot to answer for.

Highlight of today was a bracing stroll up and down the lane beside The Rural Retreat accompanied by two gambolling, untethered kittens. Fortunately we encountered neither dogs nor 4x4s. 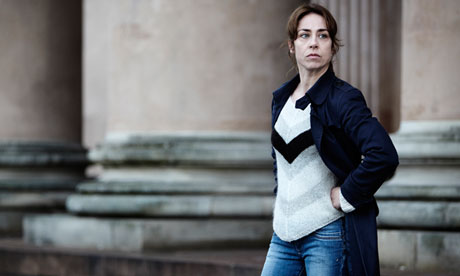 The other highlight was being reacquainted with Sarah Lund thanks to iPlayer. Missing the start of The Killing's final series would have been a disaster in the olden days. The internet does have some uses.

Comment from BikerMike at 07:57 on 19 November 2012.
Where would your blog be without the Internet? ;-)
Get yourself an Elgato EyeTV Diversity or a Netstream and a satellite dish. You won't have to worry about Internet or iPlayer again.
Comment from Russell at 13:00 on 19 November 2012.
Sully the hallowed walls of The Rural Retreat with a satellite dish? I think not. Some things are just not right!