Son of Seat returned to Mr Hawco's fine establishment in Inverness today for the fitting of a new bonnet prop (a known problem when I bought him) and investigation of the radio's intermittent reception (an unknown problem – who checks the radio?).

The prop is now in place but Sonny will have to make a second return trip when the necessary new aerial base has been dispatched from Seat Central in Seville (or, more likely, somewhere less exotic like Dagenham). Despite this, I can report a happy month of motoring. Mr Xxxx the car thief (still unapprehended) may have done me a favour after all.

Earlier, cats of all sizes were let loose in the garden where black ones mooched in the hedge and made occasional dashes into the undergrowth while small ones climbed the easy trees, made spirited but failed attempts at the more difficult ones, and watched the birds with huge interest. The Fearless Ones did all they could to disguise themselves amidst the greenery but with no success. They'll have more luck in the spring.

Tickets went on sale today for the annual Cromarty Film Festival. It's just like Cannes but without the palm trees. Matchgirl didn't fancy Brassed Off, introduced by Tony Benn, which was just as well because it sold out almost immediately. We settled for The Woman in Black and a last-night film and curry extravaganza featuring The Angels' Share.

Frustratingly, I've missed my chance to see The Pirates! In An Adventure With Scientists! because I have a market that day. I'd better make a decent profit. 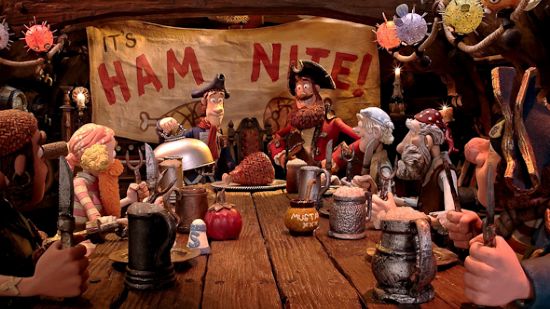