Life is quiet in The Rural Retreat, especially since we lost Maia on Tuesday: permanently hungry, grumbly and demanding when she wasn’t asleep – her favourite activity – but we’ll miss her.

She’d developed a growth on the side of her neck, which gradually increased in size. The vet guessed cancer but couldn’t confirm it with a biopsy because Maia’s dodgy kidneys might not have coped with anaesthetic. Despite that, our black cat was her usual self until very recently when she became even less active and much more choosy about her food – a very bad sign.

On Monday evening she deigned to join Willow, Pandora, Matchgirl and me for a ramble around the garden and even climbed the willow tree a few cautious feet. Next door’s Rafi watched from a careful distance, earning what was probably her final glower before Maia returned indoors to eat a whole sachet of tuna. As final days go, it was a good one. 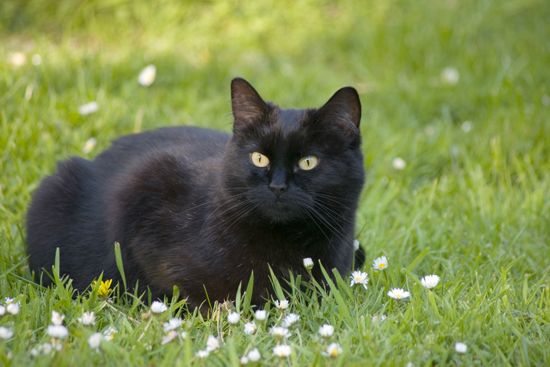 She declined rapidly during the night. In the morning she was lethargic, breathing poorly and with no interest in food. Matchgirl contacted the vet, who was on alert for the call, and in the afternoon we drove Maia to Dingwall where two very sympathetic nurses put her to sleep.

Yesterday, after she’d lain in state overnight in Matchgirl’s supershed, she was taken to Nairn Pet Crematorium: the same journey Tess had made ten years ago. She came home today in an urn shaped like a sleeping black cat and joined her predecessor on the mantlepiece. I’d rashly suggested that maybe they could share Tess’s box but Matchgirl was having none of it. Both cats, preferring their own company, would have hated it, she pointed out. I couldn’t disagree. 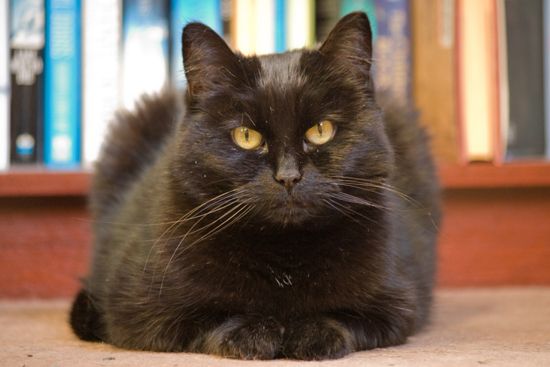 Willow is a little quieter than usual and Pandora’s stayed indoors a little more than usual, which suggests that they’re not quite living up to the motto of the Universal Feline Fellowship: “Cats Don’t Care”. They may even have known before us that Maia was ill, for Pandora in particular had become less sure of herself in the past couple of months. Whatever, they’ll be spoiled even more than ever until Matchgirl and I grow used to living in a mere two-cat household. It will take some time.