It’s six days since the London Marathon and eight until t’ Yorkshire Marathon. Today I ran for the first time since The Great Faint, completing 10k and staying upright at the end of it. Prospects for York look good.

I was unsure how my legs would react to being used again so didn’t look at my Garmin after setting off and ran what felt like an easy pace, which became less easy as the miles passed by. I put it down to the after-effects of the marathon but felt sure I was maintaining my speed, maybe slowing a little as I tired near the end. Which goes to show that I’m a rubbish judge of pace.

The first mile took 10:17, which is a respectable time, and every one after that was faster than the one before, finishing with 9:16 for the final mile and 8:51 for the 0.2 to complete the 10k in a few seconds over an hour. I definitely need a pacer.

The good news is that I was comfortably tired at the end, rather than shattered, and that legs and feet all felt fine. I’ll limit myself to just a couple of very easy 5ks between now and t’ marathon. 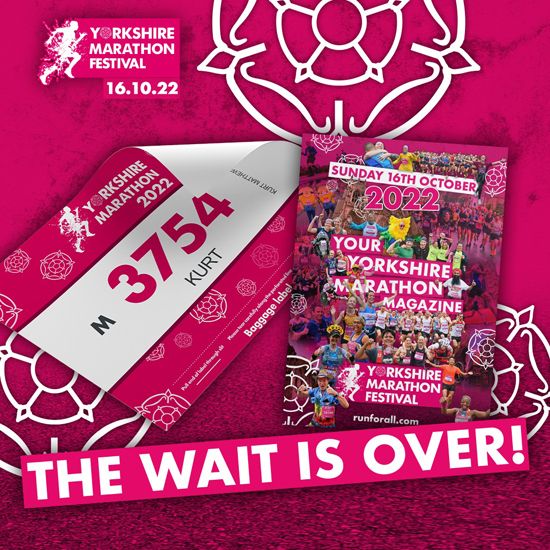 How I’ll run that (bearing in mind I ignored my London plan right from the start, and paid for it) I’ve still to decide, although I’m supposed to be shadowing Matchgirl. If I run off ahead she’ll probably overtake me before the end, as she did in Edinburgh, so sticking with her may be a wise move.

One thing’s for certain – the Camelbak is staying at home. It should be fine when worn with a shirt, as I’ve done in the past, but I’ve lost confidence in it. A better fitting alternative will be sought. In the meantime, I’ll be bold and run Yorkshire with just water and a couple of gels and rely on the course’s aid stations for top-ups. They’ll offer High5, which I’ve used in the past, so I know I won’t have any problems with them.

What may be a problem is that the cold I had last week has made a comeback, or maybe I picked up another in London. Or maybe Matchgirl did – she’s suffering mightily at the moment – and passed it on. Running marathons is not good for immune systems. At least we’ve a week to recover.

Our race bibs have arrived and the race app is now available if you wish to track us. I’m number 185; she’s 189.