One week since the Edinburgh Marathon: my legs recovered quickly (not surprising as I walked so much) and my foot injury’s not returned (which had been a worry). I’m ready to try again, this time with a full training programme.

The plan had been to begin a week on Wednesday, making Monday long run day, but that’s been revised following the latest two-gig weekend, of which there are many more in the City Limits diary. Even the short runs that would have fallen on Sundays feel a bit too challenging, especially as Maia continues to loudly demand breakfast at 5am, so that’s now to be a rest day with Tuesday earmarked for the big runs.

This means that full London Marathon training begins next week, on Thursday the 9th, with a steady 30mins. Sixteen-and-a-half weeks later (all being well) I’ll complete my eighth marathon and maybe get close to the sub-4:30 finish I still feel is in me. 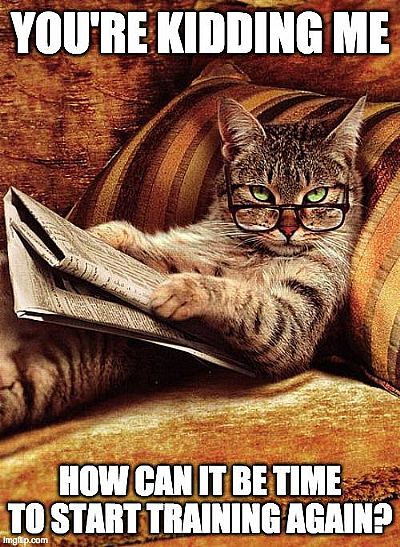 There’s been no running since Edinburgh. Regular short-but-brisk walks have kept the legs moving and a preparatory run might happen on Tuesday.

The Edinburgh finisher’s shirt has been out and about, and the medal hangs on the back of bedroom door with the rest. There’ll be no other souvenirs, though. There were 58 race photos of me but few I’d want to keep. Most are dull, rather than heroically or comically bad. In the few where I appear to be enjoying myself, there’s either no background to give them context or I’m accompanied by Matchgirl, whose aversion to photos is well documented.