On The Road To London

The warm-up, which turned out to be four 5k runs of varying pace (blame the ice), is over. Today I completed my first training run towards London Landmarks HM in April: 30 minutes at such an easy pace that I didn’t even reach three miles and my heart rate averaged 122bpm. But that’s what easy (for me) is supposed to be. I’ll try to follow the training schedule properly this time.

London, I’ve decided, is my main half marathon target in the run up to Edinburgh. Inverness will follow two nights playing at Foxes, so getting round will be the achievement, and Alloa has a hill near the end that everyone speaks of in hushed tones, so unlikely to provide me with a record-breaking time. 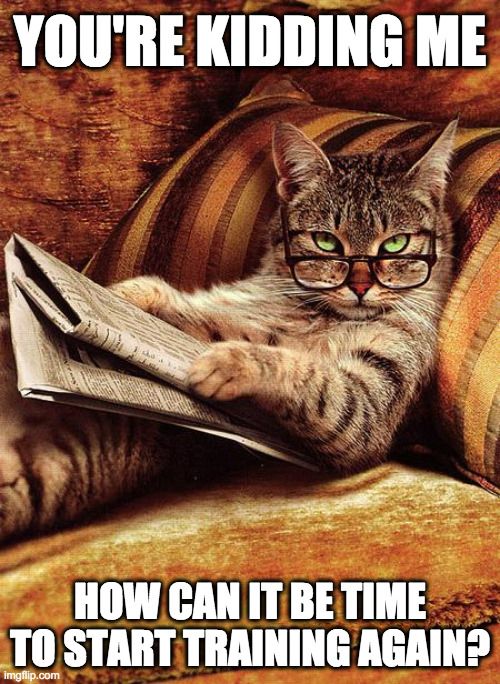 The London course, on the other hand, is supposedly very flat, there’ll be crowds all the way to encourage runners, and I’ll have had two relaxing nights in a posh hotel (with Matchgirl) before the big day. The course has lots of twists and turns, which may slow things down here and there, but I’ll be hoping to repeat my sub-2hr success of last April.

Of course, I may have peaked and my days of PBs be behind me. Time will tell, but it won’t be for lack of effort.