Two days on from my 50k triumph and I’ve almost stopped groaning every time I rise from a chair; use of the stairs is also improving. By tomorrow I should be back to normal, which includes the stiff ankle to which I’ve grown accustomed. At least I now know for certain that it’s nothing to worry about.

I took a very small walk yesterday but fog and damp deterred me today. Tomorrow should be better. Although I’d no plans to run again until, possibly, the Loch Morlich 5/10k on January 2 (if it’s not kiboshed by a lockdown), I might be tempted to join the new Black Isle Runners group for the first time for a gentle Christmas Eve jog from Rosemarkie to Rosehaugh and back. Anyway, I should show my face after boasting of my 50k exploits on its Facebook page, bringing the bonus of a further £30 towards my London Landmarks fundraising, now at 42% of the £350 target.

Another bonus of the 50k is that I can stop hiding the latest London Marathon medal, wangled despite not actually having run it. Squirrel James, now a keen runner himself, enquired if I’d get myself an ultra medal but I’m happy to have the London one as a memento – I’ll know what it’s really for. 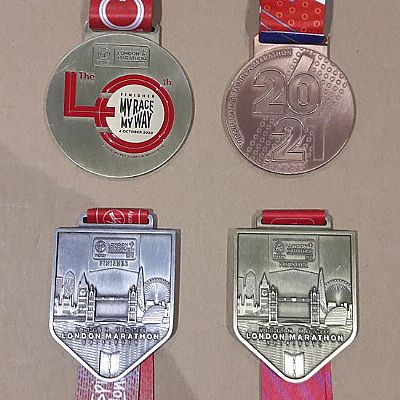 The growing London Marathon collection – a ballot place for 2022 would round it off nicely.

So that brings the 2021 virtual and real medal haul to a round ten and the total collection to more than 30. Who’d have thought it? 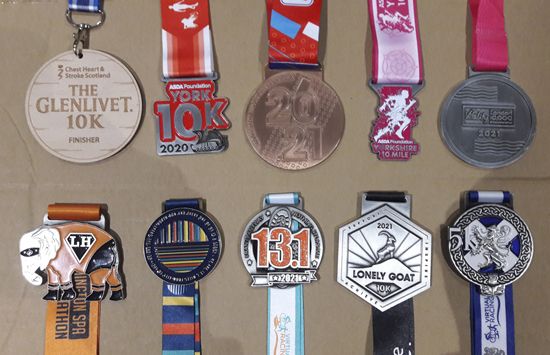