With no immediate goal to work towards, and no training plan, my running has lost its focus a little, although there was some progress to report today: completion of a second consecutive week of runs for the first time since I was struck down by Covid at the end of September. They may have been mere 5ks, but they were done, and there’ll be more next week.

Today’s run took place late afternoon, after I’d recovered from last night’s gig and caught up on Strictly. T-shirt and long-sleeved top were needed to fend off a cutting wind, with a hint of snow-to-come about it. Shorts may soon have to be replaced by tights, but not yet.

Thoughts of a November 5k PB attempt have been dismissed, as I don’t think I’m currently up to it, so the virtual medal I collected in advance has been reassigned to mark the PB run last April (unless I achieve one in December, which is unlikely – I have a cunning plan for that month, to be revealed if it happens). 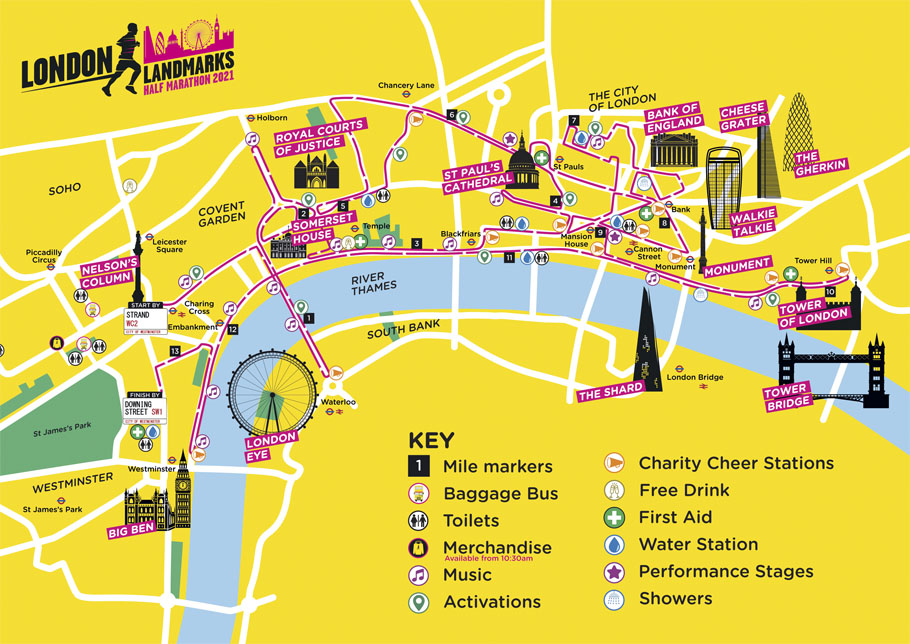 This year’s route, which should be similar next year when I take part – what’s not to like?

Progress has also been made in preparations for my London Landmarks HM debut in April: flights have been booked and three nights reserved at The Wellington Hotel near St James’s Park, which is handy for both start and finish, being just a few minutes’ walk from both. It’s literally next door to the Rochester, where we’ve stayed in the past, and owned by the same group, but looks much swankier for not much more cost.

Our pre-race entertainment is still to be decided. After looking through what’s currently on offer, the only one to jump out was Mamma Mia, but as Matchgirl would view that with the same horror I’d feel for Lord of the Rings: The Musical (it can only be a matter of time) I’ve not bothered suggesting it. Hopefully a clutch of new shows will open next year.

Race day will come around quickly. Today the LLHM website countdown clock showed 132 days to go, which also means 111 days to the Inverness HM and only 50 days to the start of the next HM training plan. Having some unstructured time before then may not be a bad thing.