I failed to resist the temptation. Yesterday, on the last day possible, I signed up for Sunday’s Yorkshire 10 Miles, which sets off 45mins after the marathon. Matchgirl just rolled her eyes when I confessed.

I’m not careless of my health. Since emerging from self-isolation I’ve done a couple of 5k walks, a 5k walk-run, and easy 5k and five-mile runs. All left me in a good state and with no worries about breathing or heart rate, so today I stepped it up a little with a mile each of easy, steady, tempo and easy. I’m still alive so I reckon a modest trot of 10 flat miles through God’s Own Country should be achievable and earn me a consolation medal after missing out on two marathons. Shallow, I know, but I like my bling. Taking part in my biggest race event this year is also a consideration.

The bonus is that my estimated time of around 1:45 will see me cross the finish line alongside the 2:30 marathoners, allowing me to bask in the crowd’s awe of real athletes. It might be the only opportunity. 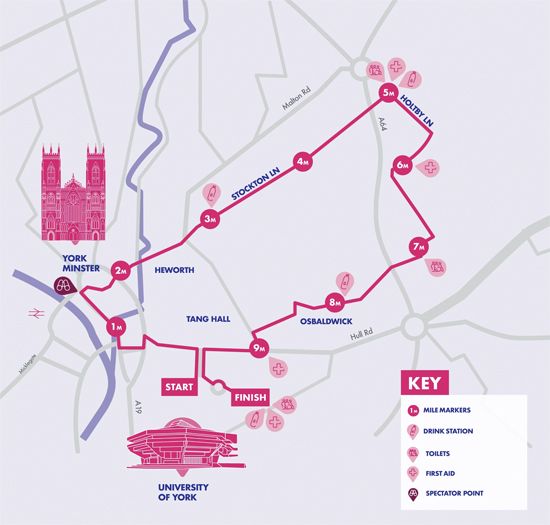 The tiny part of me that wondered about joining the marathon was overruled by the sensible majority. I could probably cover the distance but most likely not in a time or condition I’d be happy with, and mentally I’m not prepared. More importantly, Matchgirl and Triathlon Cathy wouldn’t forgive me if I overdid it and had a relapse.

I could have sold my marathon place – I had two enquiries through Facebook – but declined both: it’s against the rules and I don’t want to be banned from Run For All’s races.

Matchgirl, whose recovery is taking a little longer than mine (although she’s well over the worst), will decide in the morning if she’ll accompany me to York. This depends on how sprightly she feels – a chance to spend quality time alone with three cats won’t influence her decision at all, I’m sure.

2022’s running diary is taking shape. The next training programme begins on January 11 and ends on May 29 with the much-delayed Edinburgh Marathon. Along the way will be two, or possibly four, half marathons, depending on the rapidly filling City Limits diary. As for the second half of the year, I hadn’t planned to do another Yorkshire Marathon but as I’ve missed out this year, and the next one will be the 10th anniversary race, I suspect I’ll be back in York. Preparation may include another couple of HMs. Watch this space.