Another One Bites The Dust

It’s a gloomy time in The Rural Retreat. A positive PCR test the day before the event confirmed that my Loch Ness Marathon hopes were over. And after reading unanimous medical advice, backed up by pleas from Matchgirl and Triathlon Cathy, I’ve accepted that the Yorkshire Marathon is off too: however well I feel on the day, there may be unknown viral things still inside me, waiting to attack if encouraged by too much activity too early.

A well-masked Matchgirl, unsurprisingly, has been keeping as much distance as possible from me, so she was distraught that on the last day of my required self-isolation she proved positive in a home test. PCR results should arrive tomorrow. Her only hope is that she left the reading so long it produced a false positive – it’s been known to happen, according to Dr Google.

But are we downhearted? Yes, quite a lot, although after almost a week I’ve got used to the disappointment and begun to look at next year’s running calendar. An 18-week programme ending with the much-postponed Edinburgh Marathon in May, via the Inverness Half in March, has been digitally pencilled in. I’m also tempted by the London Landmarks Half in April, as a big event to compensate for the two missed this year, although I’ll need to take a charity place and raise £350.

Whether I’ll aim for another autumn marathon, or stick with HMs, I’m undecided, although I have entered the ballot for London next October. Maybe the Running Gods will think I deserve a place after being so cruel to me this year.

To mark the end of self-isolation, today I completed a brisk 5k walk without trouble, or an alarming heart rate, so that’s a good start to my full recovery.

Less happily, today was also the day that my Yorkshire Marathon number and handbook arrived in the post and my Dava Ultra handbook landed in my inbox. That’s another event I’ll have to scratch because, even though I’ll be well enough in November, I won’t be fit for a 50k epic. The postman also delivered bumf from the Glenlivet 10k on October 31. I hope to be ready for that and add to what will be a modest medal haul this year. 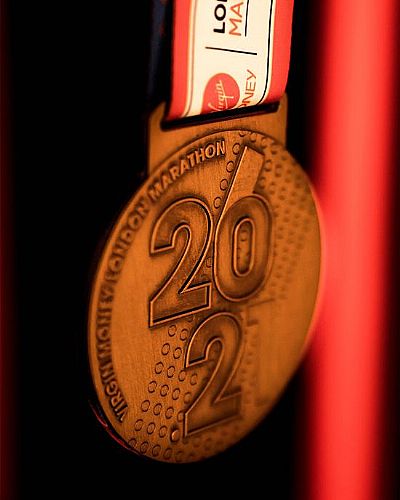 All being well, a bigger medal should be delivered before that. After doing the bulk of training for Virtual Edinburgh earlier this year, then all the training for Loch Ness, and having nothing to show for either, I did some jiggery-pokery with Garmin dates and made a Virtual London Marathon submission. I think I’ve earned the bling one way or another.