Life can be unfair. With only three sleeps to go until the Loch Ness Marathon, I’m starting a cold. I can’t even blame the now plague-free Matchgirl because her illness is long past. Most likely I picked it up at one of the band’s wedding gigs, or from one of Steve Hackett’s fans, not all of whom were wearing the masks required by Glasgow Royal Concert Hall. The only other possibility is that Matchgirl really is to blame and that the First Defence I stopped taking on Monday had only suppressed any infection she passed on, allowing it to burst back into life.

Whatever the source, the result is a sore throat and sniffles. Tomorrow could be worse. I’ll be optimistic and believe that it will remain a minor bug, either gone by Sunday or having little effect until after Marathon Day.

Despite feeling sorry for myself, today I completed a second, short, final week taper run. Added excitement came from a test drive of the Virtual London Marathon app, which (if I use it) would allow anyone interested to follow my progress alongside Loch Ness on their phone as I run two marathons simultaneously. The test was a success but I’m unsure about the logistics of carrying a phone for 26.2 miles, even if a showery start is no longer forecast. 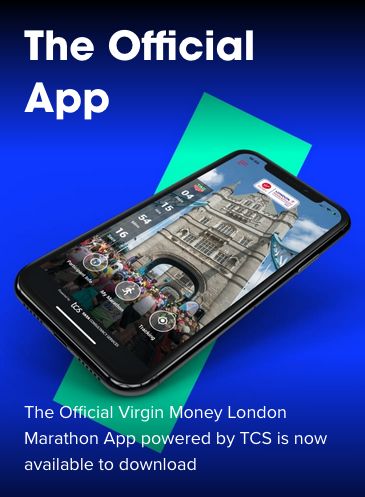 The training programme calls for a final 20min run on Saturday but there may be too much else going on to bother: packing my running bag and ensuring I’ve not forgotten anything; visiting the expo with Matchgirl to collect my race number; meeting and dining with Triathlon Cathy, UltraPaul and Squirrel James, who’s going for his second marathon; driving to Drumnadrochit where we’re staying overnight to avoid a ridiculously early start; more dining, in the evening, fitted around Strictly Come Dancing. A hectic day.

Maybe I’ll do the final run tomorrow, or just not bother.