Home again, after a surprisingly pleasant journey – apart from being stuck in traffic behind a 30mph wide load between Perth and Dalwhinnie. Did they not think to move it at night? Fortunately I had enough ELO albums on Grandson of Seat’s SD card to last the entire 250 miles between West Woodburn and The Rural Retreat. Jeff Lynne provides perfect driving music.

The good news is that my tendon is recovering (although it still has a way to go), the grass has not grown too long, food helped The Pride forgive my absence, and Nicola is to put us all into Level 0 from next Monday.

Matchgirl, in contrast, is ready to put me into isolation. She’s asked me to take a Covid test before her return from Shetland on Monday to ensure I’ve not brought anything nasty back from England. If I fail it I’ll be locked in the spare room for a week and food left at the door. Sounds good to me, as long as I'm allowed a cat for company. 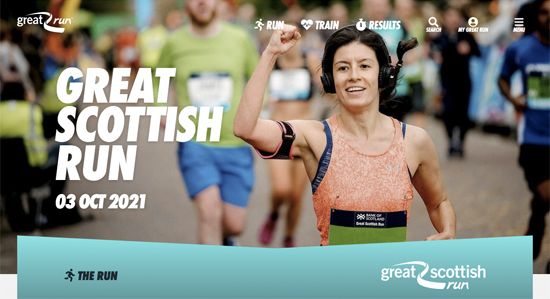 Less good is that the Great Scottish Run on October 3 has been cancelled by its cautious organisers. This isn’t through fear of spreading contagion but because they can’t get insurance in case Covid makes a comeback – still a strong possibility – and the race is called off at the last minute. Cue much grumbling from runners who’ve just seen huge crowds at Wembley and Wimbledon.

If this sets a trend it could be bad news for Matchgirl and me since we’re due to run the Loch Ness Marathon the same day. I’m more confident about the Yorkshire Marathon going ahead, two weeks later. After all, Boris is lifting all restrictions now Covid’s been eradicated in England so it must be safe.

Whether Nicola will allow me to return to Scotland afterwards is another matter.