Just four days are left before I begin the 500-mile journey south for the Leamington Spa Half Marathon, and I still don’t know whether it will be a PB attempt or an easy pootle around the course. I’ll decide on the day.

The forecast for Sunday is similar to today’s weather for a four-mile half marathon pace interval run, which was completed comfortably. Maybe it’s an omen.

My race number arrived yesterday – the first for 16 months – along with start line details. We’re divided into ten colours, according to predicted finish time (not that I remember being asked). There are 200 runners in each colour block who’ll be set off in threes, five seconds apart. I’m in the penultimate block, which means I’ll start 48-54mins behind the racing snakes who at that point will be well over halfway round. 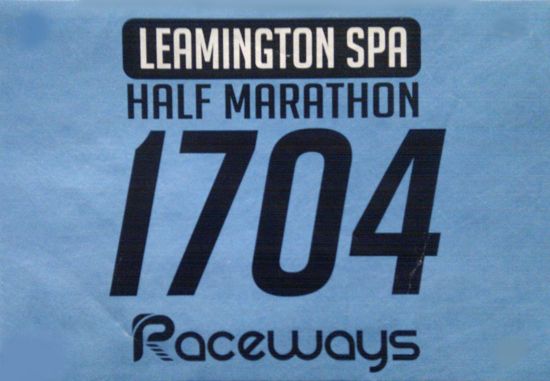 Predictably, there’s already chuntering from a few runners who think they should be further to the front. I’m happy to start later – I’ll either be surrounded by people of my standard or I’ll have the satisfaction of overtaking people slower than me. I hope.

Whatever happens, it will be good to run in a crowd again, especially now that Covid’s been abolished in England.