An email earlier this week informed participants that, rather than a mass start, we’ll be setting off in waves based on our estimated finish time. Not that I’ve been asked what mine is. This was disappointing news, because I’d assumed that beyond the magic date of June 21, when everything is suddenly normal again in England, we’d have a regular race day.

But no – we’re asked to arrive close to our running time, without supporters, and carry our own water if we can (which I planned to anyway, mixed with the wonderful Tailwind). Spectators are discouraged, there’ll be no finish area festivities, and we’re to creep away as soon as we’ve collected our goody bag, presumably pre-sanitised, which will contain the medal it’s too dangerous to place around our necks. We’re also asked to take a lateral flow test on the week of, and the morning of, the race.

This does take some of the gloss off the day. What will happen if Boris’s Big Date is pushed back by the feared third wave has not been revealed. I still reckon it’s 50/50 that the race will go ahead.

My run today was scheduled as four miles easy then four miles faster, so I turned it into a hilly trail run as a taster of the Dava 50k. The route began outside The Rural Retreat and followed a track through farmland, then woodland, into Forestry Commission land that’s the spine of the Black Isle. After four miles I retraced my steps. 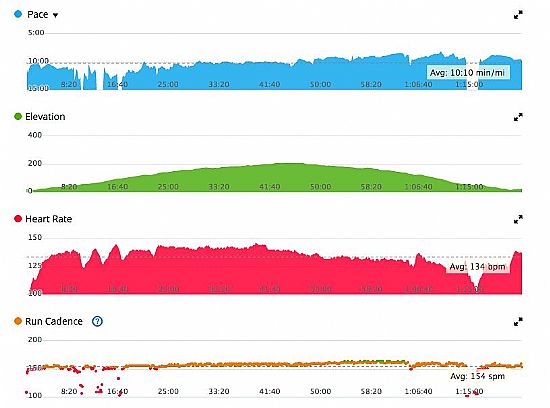 I’ve done a version of this route before, on a roughly parallel road, and made it up the hill without walking. What I’d overlooked was that the road version begins with a comfy 10-minute downhill-and-flat section for warm-up. Going straight onto the track meant an immediate mile of modest uphill then a mile of serious (by non-fell running standards) uphill before another two miles of modest uphill. This was a proper workout. A couple of walk breaks were needed on the serious mile, but as it was ultra practice that’s allowed.

The four miles downhill was much easier, although I seemed no less heavy-footed than I was on the way up. I’m sure that Triathlon Cathy and Matchgirl will be able to find a reason for my poor running form.

Those four uphill miles rose 187 metres. The 50k (31-mile) Dava course rises around 200 metres, most in a seven-mile stretch in the first half, after which it’s downhill almost all the way, so that’s a good confidence boost. How it will feel in November, if there’s wind, rain or snow, is another matter.