After abandoning my virtual Edinburgh Marathon challenge (with only slight regret) I’ve now completed Week Two of the half marathon plan which ends – all being well – with a real race in Leamington Spa, and includes a final couple of virtual efforts along the way.

Today’s task was to complete seven miles at an easy pace. This began well but accidentally turned into a progression run in which every mile was faster than the one before. Mile 1 was run in 10:25; Mile 7 in 8:16. The route was a there-and-back, with most of the uphill in the first half, which may have helped a bit.

Some speedy miles are a confidence boost for the virtual London 10,000, which I plan to run next Sunday – hopefully at a new PB – instead of the marathon. Unless the weather’s rubbish. The organisers very decently allow us to run it any time between May 29 and June 6, so if my effort falls short I can try again another day. 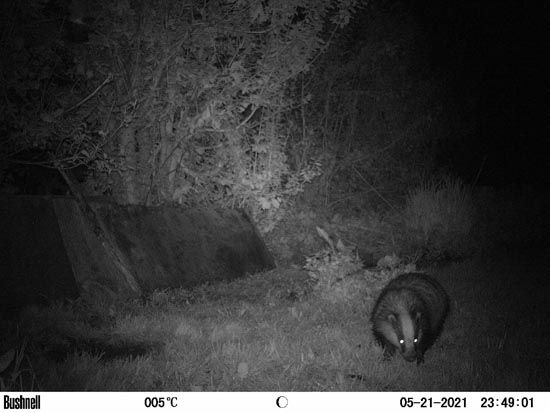 In other news, the Bushnell is making more regular appearances in the night garden, capturing regular badger visits and occasional foxy ones (but not producing a snap of Reynard worth saving). Work has begun, very late, on the next Chatterbox, which will leave me a very brief time for some much needed practice ahead of a City Limits rehearsal on Friday.

My second Covid jab was administered last week and produced no adverse reaction at all. Apart from masks and distancing, life is beginning to look almost normal.