Week 8 of Not Edinburgh Marathon training is over, completed on a day that could have been lifted from summer. Tomorrow the gales return and by Monday morning there could be snow on the ground, so more schedule flexibility will be called for.

Flexibility was demanded today, too. My plan was to run the 14 miles with a mile out and back then two of my regular 6-mile circuits. It’s a distance I’ve run without walk breaks only a couple of times but I was confident. Then I filled my hydration backpack with Tailwind and discovered a leak.

Plan B called for a 500ml hand-held bottle of Tailwind and a halfway break in the 14 miles to pick up a second one. In the end, Plan C was activated because after three miles I was running faster than intended but feeling good about it so decided to live dangerously and make my break after 10 miles, which turned out to be one mile more than was sensible. Even so, and with a 1min walk break to begin it, that mile was run in 10:12 and the whole 10 miles in 1:36:48 – my third-fastest – at 9:41 pace.

This was unwise. My previous three long runs had all been at around 10:20, which was what I’d expected to do again. I paid for my hubris in the final four miles, begun after a 30min break to take on water and banana, refill my bottle and change into dry clothes; by now the temperature had risen from 10ºC to 14ºC. 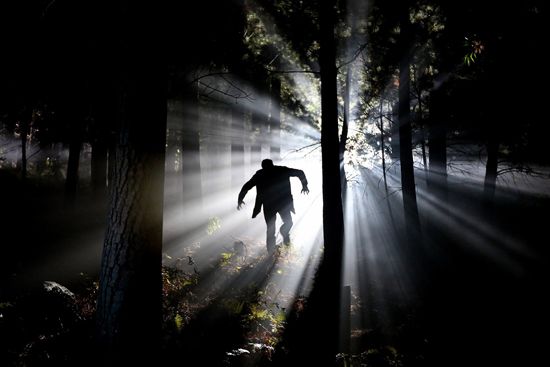 Setting out on the final four miles.

The run began as more of a lumber, on legs that had begun to stiffen during the break; any spectators (fortunately there were none) could have mistaken their owner for Frankenstein’s monster in athletic gear. Despite that, the first two miles were completed at a reasonable pace, the third slower. The fourth involved two walk breaks. I was done.

Would I have run the whole unbroken 14 miles with a functioning backpack? Possibly not after the over-enthusiastic start, but we’ll never know. Next week, weather permitting, the long run is 16 miles, by when it might be time to bring back the 6:1 run/walk. The online search for a new hydration backpack begins tomorrow.