It’s here! At last! Four weeks to the day after I ran my early Virtual London Marathon my medal and shirt were pushed through the letterbox this morning by Mr Hermes. There’s been much wailing and gnashing of teeth by impatient runners, and muttered accusations about lackadaisical and light-fingered Hermes staff, but I was happy to wait for the third part of my London bling trio.

The shirt, it must be said, is gaudy, and I suspect the gilt lettering might not last too many washes. However, that may not be a problem: I’ve been sent a large instead of an XL (another regular moan was about wrong sizes) so it might stay in the unused shirts drawer. I could send it away for a replacement but as it’s doubtful that I’ll run in it that might be more trouble than it’s worth. 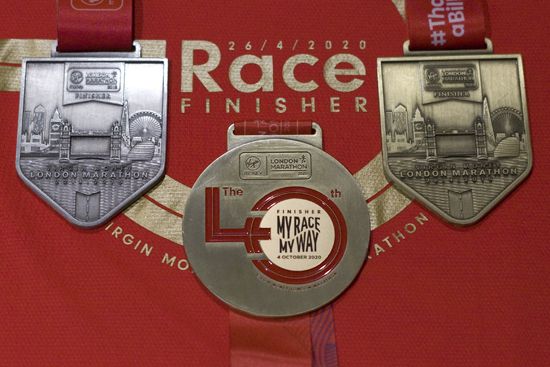 I’m now into week 3 of 10 towards my proposed pre-Christmas solo marathon. Whether I do it remains to be seen. Bread-and-butter runs are no problem but long runs (13+ miles) hold little appeal in worsening weather. Working towards a final 2020 HM PB could make more sense.

Whatever I do, another record will tumble this year. In 2019 I hit 1,000 miles on December 30; this year I passed that milestone yesterday. Who knows how many miles and virtual awards will be achieved next year. 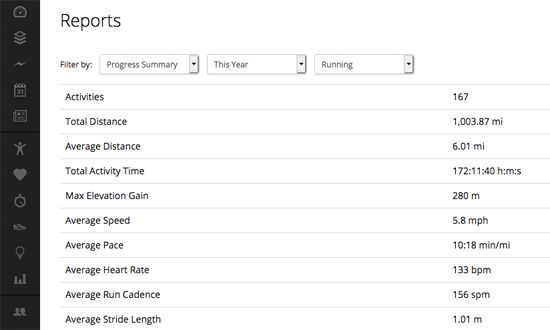 Music Update: Despite this weekend’s gigs being cancelled, and the likelihood of others taking place soon being low, City Limits got together last Sunday for a socially distanced rehearsal in a hygienic and responsible venue. It would be good to say that we played like we’d never been apart, but after seven months there was more than a little rust on show.

As for the shirt, a severe lack of wall space means display is unlikely. I'll probably get the right size so I can have a few runs out in it, just to show it off.