As Seen On TV

Fame at last. If you didn’t see me, or had popped out of the room for 30secs while the London Marathon coverage was on this morning, mine was one of the Marathon Stories featured. Matchgirl was most amused.

The weather here wasn’t quite as rainy as forecast but the wind was still nasty. Running on Friday was a wise decision. However, it had let up a bit by the end of the marathon so I was inspired (and felt guilty enough) to go out for a bonus run of 2.62 miles, which seemed appropriate. And definitely far enough after 26.2 miles two days earlier.

My reward was no problem when I submitted my finish time and screen shot evidence through the official marathon app. I’m now an official finisher and my medal and shirt should be in the post next week. 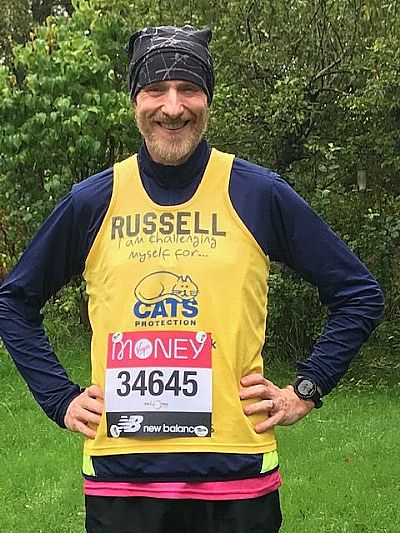 I was so excited that, despite there being even fewer places available than usual (because so many have been carried over from this year) I entered the ballot again, although if I win I’ll have to defer until 2022 because I already have Edinburgh and Yorkshire in next year’s race diary.

Assuming they go ahead. That’s anyone’s guess. 2021 might be another virtual year, although I can’t really complain about this one. Since lockdown I’ve amassed PBs at mile, 5k, 10k, 10 miles, HM, and marathon. Maybe I’ve peaked and it’s all downhill from here.

Sponsorship is still open. Visit here if you wish.