Time To Taper – At Last

The wind and the warmth didn’t help. A late start (11.30) may have contributed to my struggle, as may some dodgy fuelling. Whatever, I knew before the end of the first seven-mile circuit that two more were unlikely, and after the second I had to put in some extra walks, even though today’s run/walk ratio was 5:1.

At 17.3 miles I passed the entrance to The Rural Retreat but resisted the temptation to stop, which enabled me to round up the total to 18. The time, 3:14, appears respectable but I didn’t have much energy left. All being well I’ll feel recharged by the end of the taper.

Matchgirl was supportive, of course, pointing out that I’ve run a lot of miles recently so it’s not surprising I’m tired. Her recommendation that I supplement my Tailwind, which I’m still struggling to get right, with some gels is probably wise advice.

The next long run, on Sunday or  Monday, is a mere 13 miles, which I’ll try at 6:1 run/walk as that’s my most successful ratio so far. 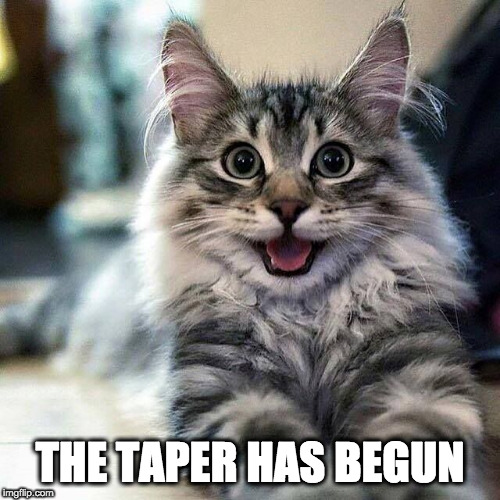 Despite today’s disappointment I’m not downcast. I’ve completed a training 20-miler in a decent time and am still confident that I’ll finally finish a marathon in under five hours (weather permitting). Secretly harboured hopes of getting as low as 4:30 are likely over-optimistic but around 4:45 isn’t an outlandish dream. However, as long as my finish time begins with a 4: I’ll be happy.

Less than three weeks to go.