It’s been three months since City Limits were able to perform, and it could be at least the same again before we’re back in regular action, so an unexpected one-off outdoor gig next month is something to look forward to.

We’ll play for an hour in a garden to mark a first wedding anniversary. I’ve yet to be told the logistics of the event (assuming they’ve been sorted out) but am assured it will follow all social distancing rules and be for the benefit of the household only – and presumably some co-operative neighbours unless the garden is huge. Let’s hope the weather co-operates too.

Humid is the word which best describes the current climatic conditions dominating The Rural Retreat and thereabouts. This makes training tough, especially today which featured intervals for the first run of Week 5 of the Edinburgh Marathon schedule. Not that I expect the marathon to happen, nor the Yorkshire Marathon the following month, but it gives running some structure and I’ve a virtual marathon medal to earn. 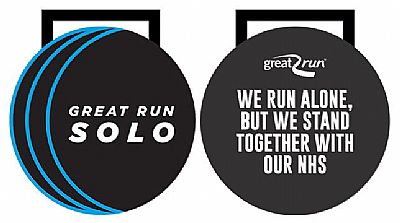 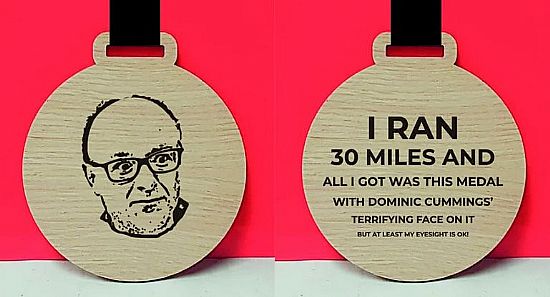 The virtual collection is building up nicely: my Great Run Solo 100k medal arrived today and the Dominic Cummings 30-mile Eye Test Challenge award should be in the post soon; at the end of the month I’ll run a half marathon to earn the medal that already hangs beside my Cromarty HM prize and this weekend I’ll run the Midsummer Virtual HM. 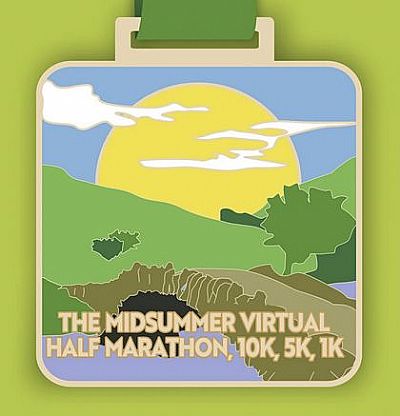 That should have been it, my virtual ambitions complete, until I learned today of a virtual 10k in aid of Edinburgh Zoo which was irresistible – raising money to feed the animals and a tiger medal too. It will be good to get back to a proper race day though. Whenever that is.