It’s a mere 18 days until the Great North Run: the first of four races on my calendar for September and October, ending with the big one – the Yorkshire Marathon on October 20 when, weather and legs permitting, I hope to speed past my current best of 5:48 and approach the dizzying heights of a five-hour marathon.

We’ll see; I’ve aimed at that target before and missed miserably.

This time I’ve grounds for cautious, informed optimism. After nearly two years of running I’m more realistic in my hopes, and after four runs a week (mostly) since mid May I’m feeling more able to do the business. I’m sure the slight twinge in my left thigh will yield to restrained stretching and rolling…

Today’s effort was 10x90sec fast intervals with 90sec walk breaks and 10mins easy warm-up and cool-down, all achieved without drama, as my Garmin stats showed. 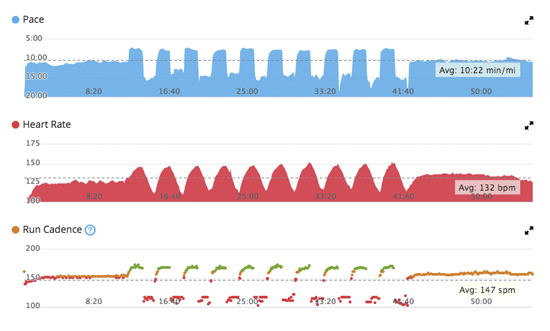 There’s a 50min mixed pace run on Friday then the first of the serious long runs on Saturday or Sunday (a two-gig weekend complicates matters) when the target is 14 miles in 2:30 or thereabouts. If I run it all – which is my intention – it will surpass my current all-run distance record of 13.17 miles in 2:19, set at the Leamington Half.

The following weekend will see me attempt to run 2:45 and/or 16 miles before easing up the week after that with only 13.1 to do in Newcastle where I plan to stick with the 2:15 pacer (unless I’m feeling frisky on the last mile). The plan has me back up to 2:45 the weekend after that, then 3:00 and/or 18 miles. I suspect I’ll be nearer 17 miles in three hours, even if I’m able to run it all. And that’s a big if.

A week later it would be final long run day, three-and-a-half hours and/or 20 miles, except it’s also Great Scottish Run day, when Coach Matchgirl says I should run for an hour before the race. She’s all heart. Maybe I’ll be able to up my mileage on the previous two weekends and have a lie-in instead. Time will tell.

After all that, the River Ness 10k a week later should be a breeze. Sometime in the week after that I’ll learn if I’ve got a ballot place in next year’s London Marathon (250 days yesterday) and can begin planning next year’s race programme. Edinburgh could be an alternative, and I’ve not forgotten Cyprus, although I may need a National Lottery grant.

All the running means the garden wilderness continues to thrive, apart from a small area in front of The Rural Retreat. This, apart from the rampant willow tree branches, may not be A Bad Thing. Knotweed clearly doesn’t thrive in the long grass – it must prefer the open air – and wildlife continues to visit every night. 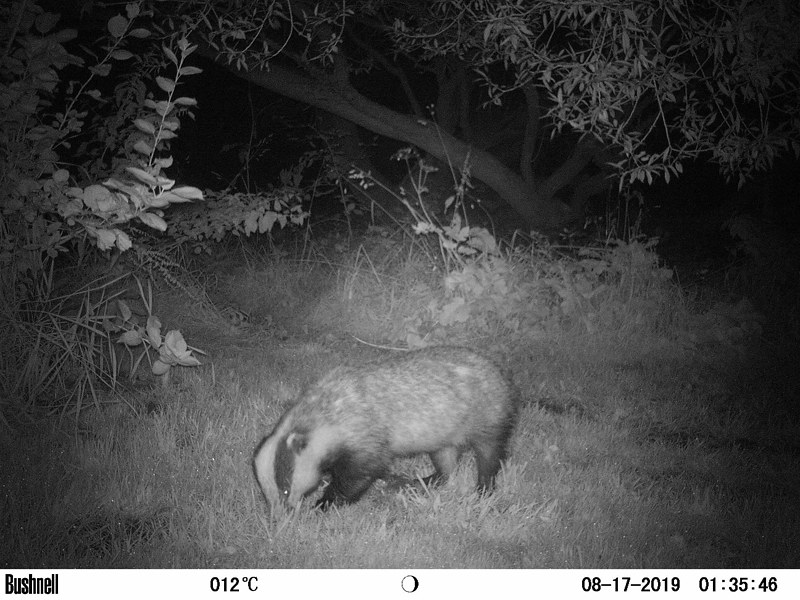 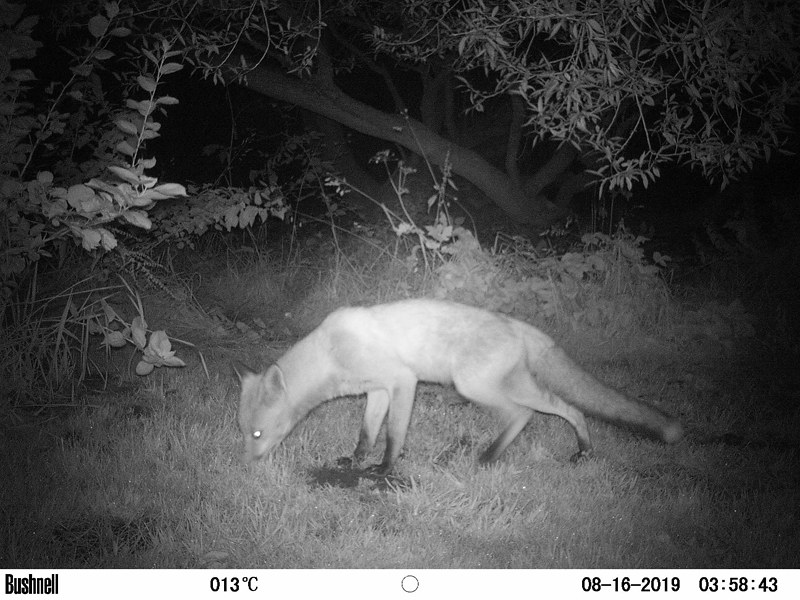 Brock is a reliable guest, around once or twice every night (unless there’s more than one visitor) between 11pm and 4am. Reynard is more spasmodic but certainly turns up at least once a week, at similar times. Martens are still absent, which is a shame, as are hedgehogs. Maybe they prefer shorter grass. You can’t please everyone.