Cats may be unsettled by the proximity of other cats but different species they take in their stride.

The Bushnell has provided proof that Maia can watch a badger without worry (and that a pine marten and a hedgehog can co-exist happily, as can a fox and a badger). Last night a new pairing was captured – Reynard and Percy, next door’s elderly ginger tom who likes to be out and about after dark.

Only three frames featured a fox (the one I saved is the best of a blurry bunch), bracketed by many more of Brock and a handful starring Percy; Reynard has mastered the art of slipping past the camera lens without activating it. 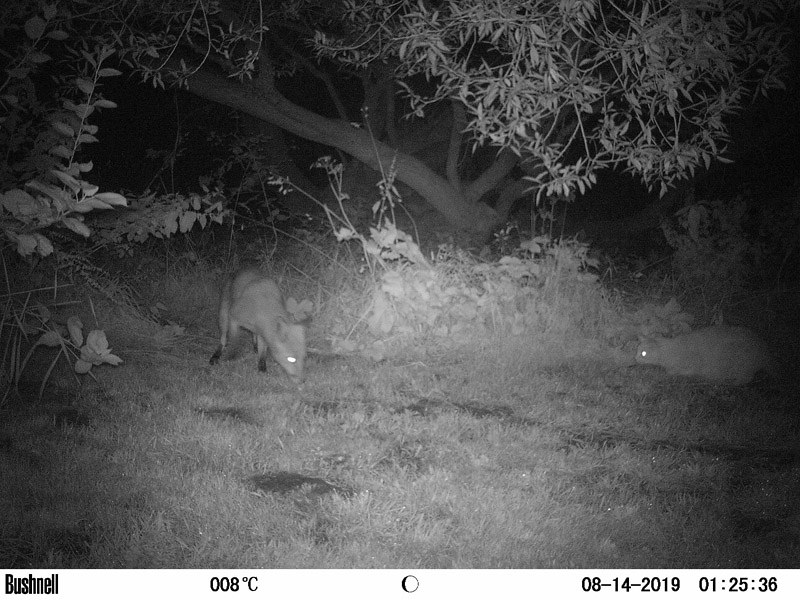 Badgers, fortunately, take more time in front of the Bushnell. 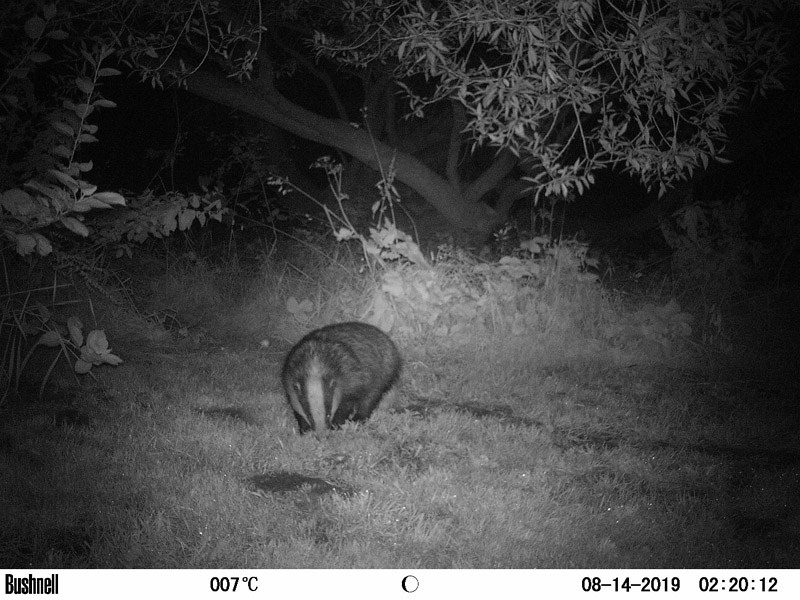 Running Update: The Great Scottish Run weekend coincides with some of the final Still Game shows at the Hydro. It would have been churlish to not say goodbye to Jack and Victor and the gang, especially as, although most seats have gone, the Hydro website was offering two good ones at face price through its resale section.