A down side of increased mileage (now up to four runs a week) is reduced time – and inclination – for gardening. The Rural Retreat’s tended area has fallen dramatically, with wildlife-friendly wilderness covering at least half of the previously neatly mowed area.

Unfortunately, the wildlife has yet to cotton on to the newly available habitat and cats continue to be the dominant garden users. The two facts may be connected, of course.

Percy, the neighbours’ elderly ginger tom, takes regular strolls through The Pride’s domain, occasionally stopping to rest on windowsills and peer into the Retreat, provoking fury from Maia and Pandora. Willow just skulks away. 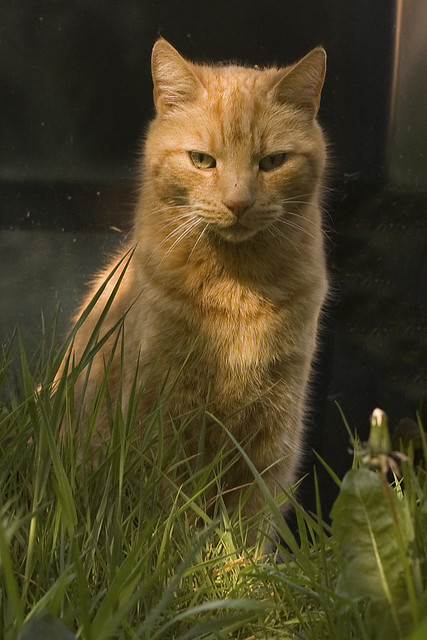 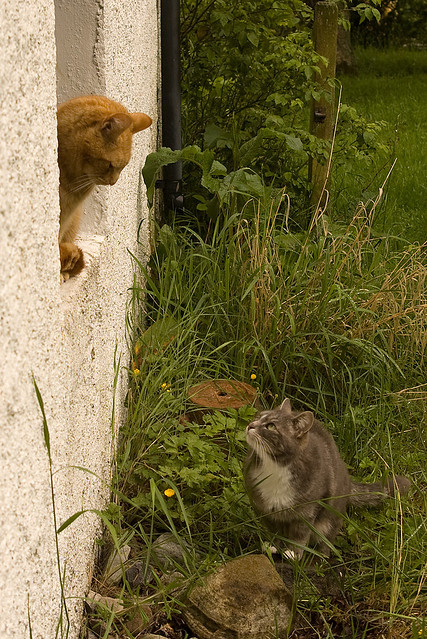 Percy plays King of the Castle with Pandora

I’d rearranged my Leamington Half training schedule so it didn’t clash with the hottest day of the year so far, but it meant I had no excuse for not getting out the mower, tidying up what had already been cut, and making further inroads into the wilderness. So that’s what I did, for two-and-a-quarter hours – coincidentally the time in which I hope to finish the Half.

More may be done before I head south next week, but probably not tomorrow: a lazy afternoon is called for after an eight-mile run in temperatures forecast to be close to today’s. That will be my final long run before the race, a week on Sunday. Keep your fingers crossed for mild weather and light wind.