It’s been a challenge – more than running the London Marathon – but I made it: today I reached and passed (by £31) my £2,000 fundraising target. Thanks to everyone who helped me. Cats Protection will be happy.

A small part of me thinks I’ve done the fundraising once and could do it again; the more sensible part thinks I’d be pushing my luck to set another big target two years on the trot, so I’ll rely on The Running Gods to get me a London place next year. I scooped the ballot once. It could happen again.

If it doesn’t (and assuming Matchgirl doesn’t want to go to London anyway to admire the elite racing snakes) there are several alternatives around April 26 next year if I’m still a marathon runner, although the City Limits 2020 calendar is already filling up. 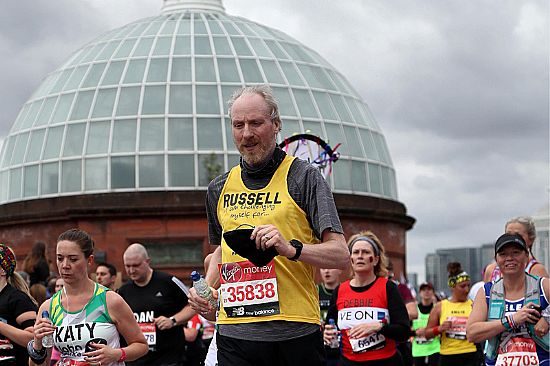 Lots of concentration, around six miles into this year’s marathon. 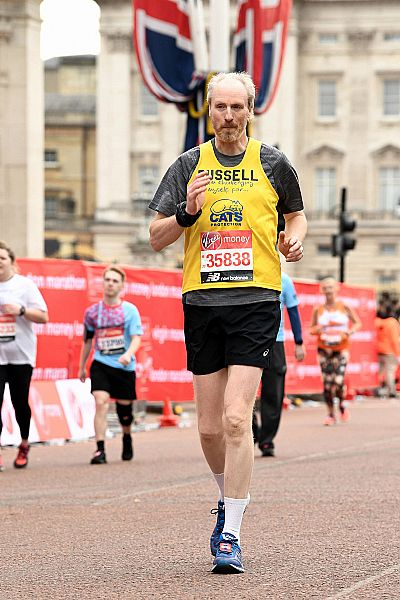 Running down The Mall. I had my eyes closed in this picture so gave myself a Photoshop-assisted face transplant from another one I didn’t like so much. 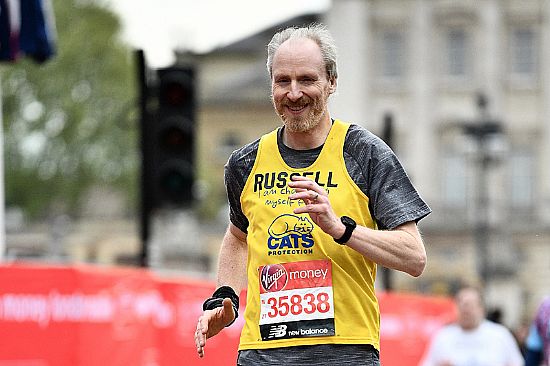 The finish line in sight, and able to smile. 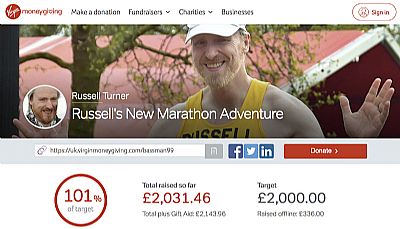 Preparation for the Leamington Half is going well, assisted by a sunny, windless week in which I’ve already run, comfortably, three lots of four miles. The fourth run, of 6-7 miles, is scheduled for Saturday, but as that’s the day the good weather’s set to turn into non-stop rain, and we’ve a gig in the evening, I might be tempted to head out tomorrow. We’ll see.