Two weeks since London, eight weeks until the Leamington half marathon. My first post-marathon run was on Monday, so much faster than I intended that I took 5secs off my 5k best. I blame my speeding up on Matchgirl’s instruction to use my arms more. Maybe that’s why I felt a twinge in the leg later in the day.

To play it safe I scrapped runs planned for Wednesday and Thursday (I’m now on a four-runs-a-week schedule) and made a cautious return yesterday, showing off my London finisher’s T-shirt, for a more sedately paced 45mins. All was well at the end and remains so today.

Training will be back on track next week, although it will have to fit around the latest Chatterbox, which must be finished in two weeks. I also have two new books to produce and five gigs to play in the next three weekends. And the garden is a wilderness. Self-employment can be busy. 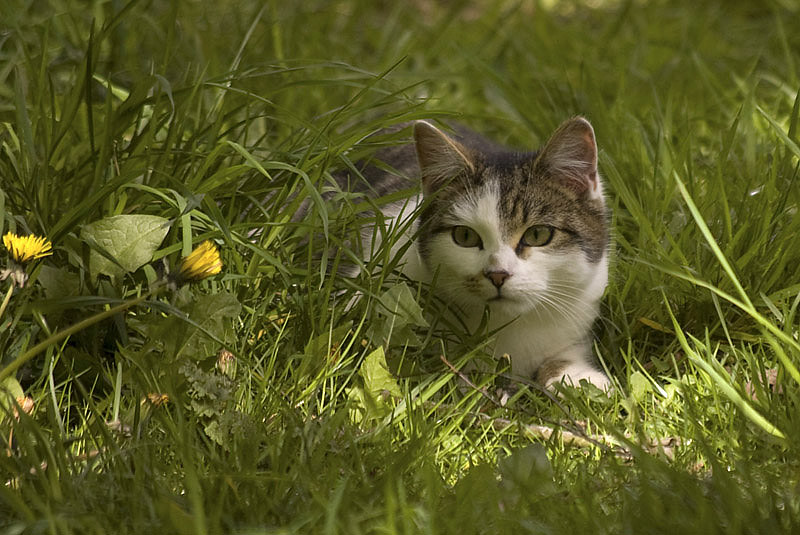 Leo, lurking in the wilderness.

At least I’ve had time to blow the dust off the Pentax and take it out for a brief shoot following enthusiastic feline greetings on my return from yesterday’s run. The moggy in question was Leo, one of next door’s brothers, who after standing on my feet and snaking around my legs to say hello was happy to wait for me while I went indoors for the camera, then pose in some of our long grass. 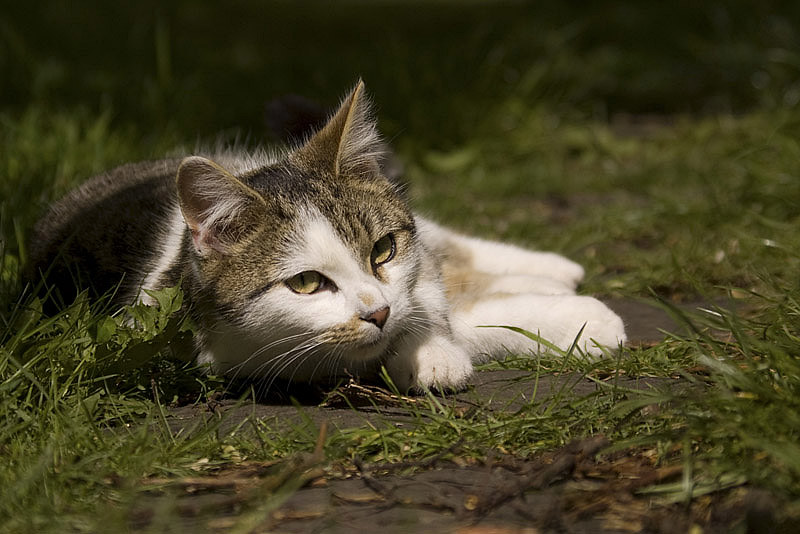