Life is sometimes not easy for The Pride, especially when disrespectful kittens keep leaving their home next door to overrun their territory.

Leo is less of a problem, being the less assertive of the brothers, but Rafi knows no boundaries. He struts around the garden, leaps at birdlife (unsuccessfully so far), has explored inside the outhouse when I left the door open and has made close inspections of The Rural Retreat’s open front door without coming through. Yet.

When he approached this morning, despite Willow standing guard, it was the impudent invader who did the growling, not the confused grey sentinel. Rafi is currently smaller than Willow; what his attitude will be when he’s fully grown is a worry. 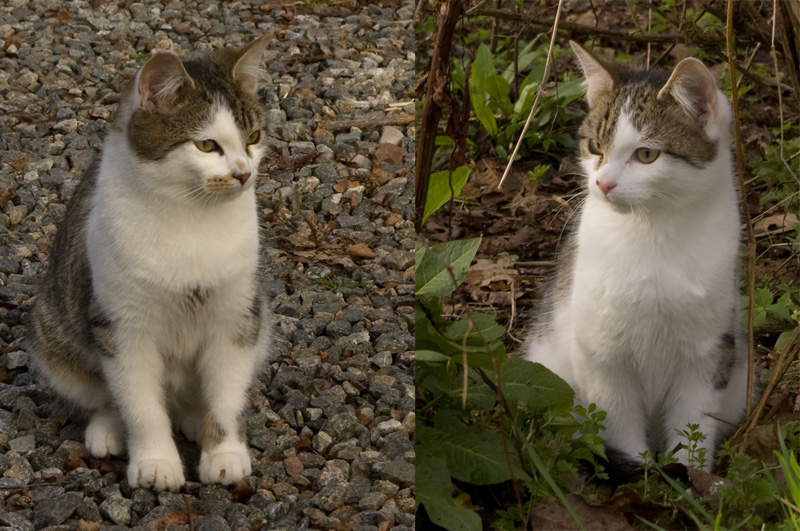 Hopefully his owner will soon do the responsible thing and take the brothers to the vet for The Big Chop, which might make Rafi a bit more thoughtful. And maybe not. Time will tell.