Books And A Bathroom

Two big publishing endeavours came to fruition today. The spring Chatterbox is finished bar the actual printing, and should be on sale by next weekend. But more exciting is the appearance of the latest title in the Bassman Books list: Folk We’ve Met, The Story of Munlochy Animal Aid.

Iona Nicol’s tale of 40 years of the Black Isle charity should sell by the truckload, which will be very satisfying even though I won’t be getting a cut – all proceeds will go towards its work. Fortunately I’ve got one almost certain book project in the offing and another possible.

This will be useful income, given that running is much more expensive than its advocates claim. “All you need is a pair of shoes,” they say, but decent shoes cost a fortune and last, I’m beginning to learn, about nine months at my current mileage. Then there’s socks, clothing, travel to races, entry fees, accommodation, energy gels… At least I’ll never have to buy another running T-shirt if I keep entering races because they come with the medal. 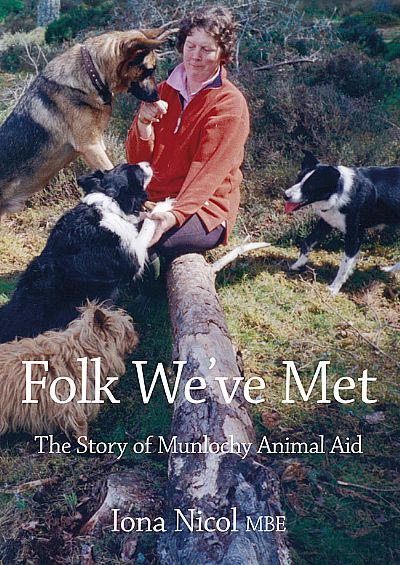 Nine weeks (and a couple of days) until the big day out in London; training continues without drama, which is no bad thing. Ten miles have been achieved; on Sunday, all being well, I’ll extend my record all-run distance to 11, and maybe a bit more at the end of two hours. The all-run half marathon is within sight.

A functioning radiator means we’ll be warm at last.

However, the biggest big news is closer to home: after five days of disruption and traumatised cats, work on our wonderful new bathroom is complete apart from some minor touching up work which Mr Painter will do on Monday. Matchgirl is delighted, although there are a couple of changes and additions she has in mind. The search for perfection goes on. 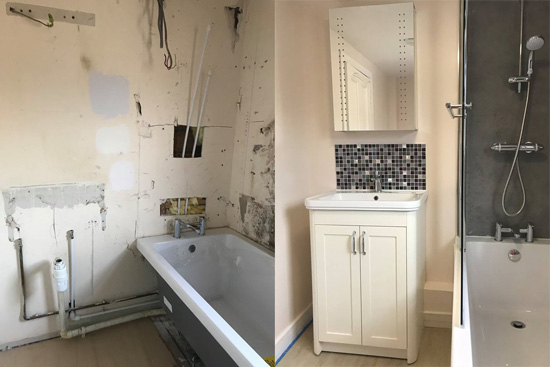 Before (with new bath in place) and after.

I still can’t stand straight in the shower, though.