The Big Gig was hit by huge rain and wind, which kept the crowd down (that’s my excuse) but those who were at Resolis Hall to hear City Limits had a good time. Much dancing took place – even by Matchgirl towards the end – and through ticket sales and a raffle my London Marathon total leaped past £1,200 and 60% of what I need for my charity place.

I’d hoped for more, I admit, but a decent sum was raised, especially as Matchgirl’s contribution was to refund the hall hire cost that would have come out of the takings. What a star. And a dancer.

She also helped me set out the hall before the gig, manned the ticket desk, and helped tidy up afterwards, assisted by Richard the Houseguest, up from Down South just for the gig and a weekend of Highland hospitality. Despite being close to home, sleep wasn’t until 2am – many hours past Matchgirl’s regular bedtime. She now knows what it’s like to be a rock star. 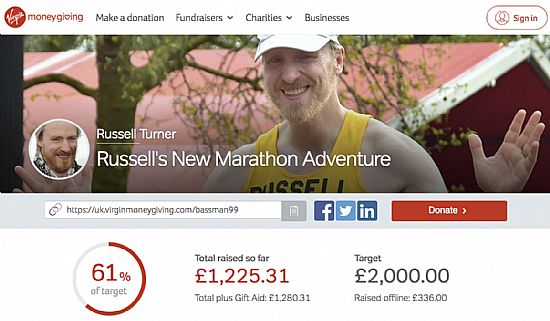 So Sunday was a quiet day, apart from the continuing wind and rain battering the windows. Fortunately it had abated by today, although a few icy gusts enlivened my first training run of Week 5. Maybe that’s why I was able to keep my pace down to the rate it should be. I think I’d rather have warmth and take my chances.

Today’s a step-back week, with a longest run of under six miles – just as well because Friday’s the Press Ball, when Chatterbox will learn if it’s a winner again, and on Saturday we abandon The Pride for the night and drive, for a change, to Glasgow for Strictly Live. Woo hoo!