Home Is The Hunter

You’d imagine the deep freeze that’s enveloped The Rural Retreat for the past few days would keep cats at home, where it’s warm. For the most part, that’s what’s happened, but despite her lost weekend Pandora’s wanderlust is undiminished. If anyone’s outside, it’s her.

That was so this afternoon, when Willow, ears twitching, rushed to the cat-flap and positioned herself halfway out (or halfway in, depending how you look at it) and took great interest in the outdoors. Growling was involved, so my guess was that she’d decided to bar entry to The Travelling Tabby.

I opened the door to let her in and discovered that the growling was emanating from her: a warning to Willow to leave her and her latest avian trophy alone. This was a bit on the selfish side, for she could have shared her booty with all The Pride and still have had a good feed. The unfortunate victim was a wood pigeon.

This (as far as we know) is her most sizeable catch. I was tempted to leave her with it, to see how she’d set about the dismantling process – she’d already done her best at decapitation – but decided it could set a dangerous precedent; next time it could be a pheasant, and the garden’s also had flying visits from a buzzard and a heron. Safe is better than sorry, so I confiscated her catch and left it at the bottom of the garden for pine martens and badgers to find.

Surprisingly, Pandora wasn’t too disgruntled. Maybe she realised that she’d bitten off more than she could chew. 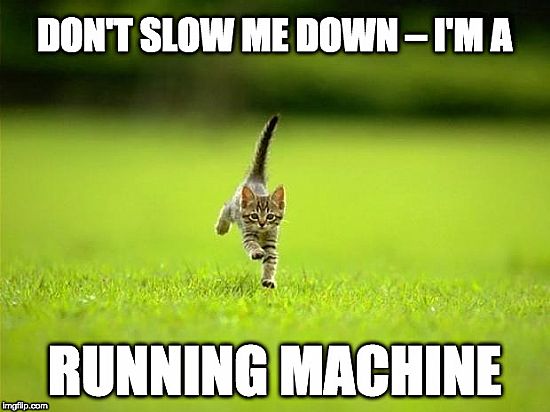 Running Update: It’s less than 100 days to the London Marathon. Week Three training ended today with an 80-minute run that took me through 7.61 miles of icy Highland scenery. Fortunately there was no wind and after five minutes I’d warmed up enough to forget the cold. My runs have improved on this point last year, which they should have done after 12 months of hard work. Maybe this time I’ll claim the sub-5hr marathon I’d over-optimistically hoped to run in 2018. We’ll see.