You wait ages for one good book then three come along at once. Yesterday I invested in the new Rebus, Strike and Shardlake – many hours of happy reading, but at just the wrong time because work on the next Chatterbox will begin soon. I’m already halfway through Ian Rankin’s new opus so I might get away with it.

Something else that began yesterday was the resumption of my running career, for the first time since t’ Yorkshire Rain Festival, 16 days earlier, although it feels like months ago. The Rural Retreat and thereabouts was (and still is) covered in frost but the lack of wind made it a good day to discover if me and my legs had fully recovered from their marathon soaking. The results were mixed.

Rather than the gentle trot I should have begun with, misplaced athletic enthusiasm drove me to try an increased cadence, which meant I set off far too fast on my 5k route, leading to a walk break after the first mile, repeated after the second.

I completed the distance in just under 33 minutes, my breathing not too laboured. However, a check of the Garmin revealed a ridiculously high heart rate (the frost may have contributed). Worse, later on I felt an ominous sensation in my right leg – the IT band was grumbling.

It feels fine today, but I’ll delay my next run until Friday and take it easier with a very slow 30 minutes and not concern myself with distance. If the leg’s still not happy I’ll take another two weeks off. After all, the next London Marathon training schedule doesn’t begin until late December so I’ve plenty of time. And lots of books to read. 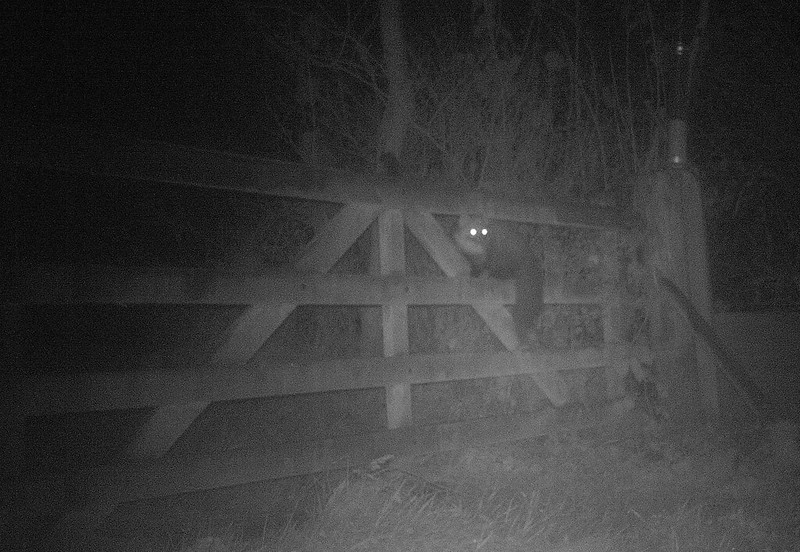 Wildlife Update: The Bushnell was out last night for the first time in a long while. No badgers were captured (I think they’re staying away in protest at the overgrown garden) but an unexpected visitor was snapped at 4am when the temperature was -2ºC. It seems that the martens have not deserted us completely.