At last – a lazy day. Matchgirl and I returned from York on Thursday (to be greeted by some moderately welcoming cats) but life has continued hectic with City Limits gigs in Keith (not the most demonstrative crowd) and Brora (the complete opposite), both of which meant I didn’t see bed until 3am.

So today has found me doing nothing but catching up on missed TV, being a cat cushion and, in the absence of Matchgirl who’s again flown away to Shetland, eating junk.

I blame the Channel 4 highlights programme (you’ll find it on catch-up at All 4) which made the day look so jolly and inspirational, despite the dismal weather. I’ve also got something to prove to myself – that I could have done better – and it’s always good to get back to York and Yorkshire. I could have chosen a new marathon but Yorkshire feels like unfinished business. 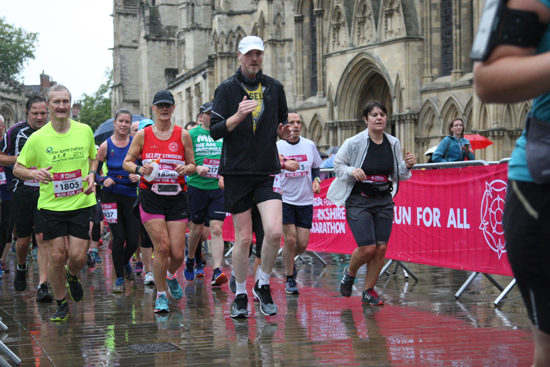 Storming past York Minster with just 24 miles to go.

So I’ll return on October 20, hopefully with Matchgirl cheering from the sidelines or, preferably, out on the  course too, most likely several miles ahead of me. Her return to running has begun and so far everything is holding together. Touch wood. 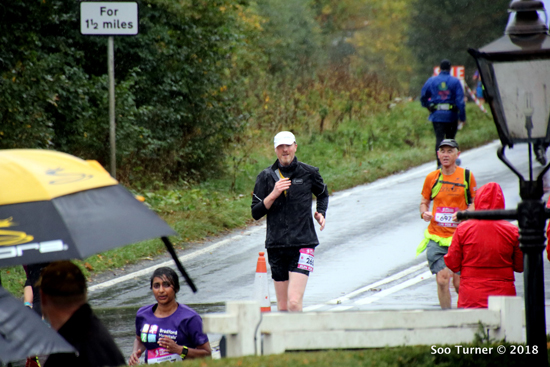 At Stamford Bridge, 14 miles into the Yorkshire Marathon.

As for my leg, there’s still an ache but less each day; with luck, and the help of Adam the Physio, I’ll be back in action again in November, two months before training begins for London 2019. Matchgirl says I need to improve my cadence. I’ll do my best. 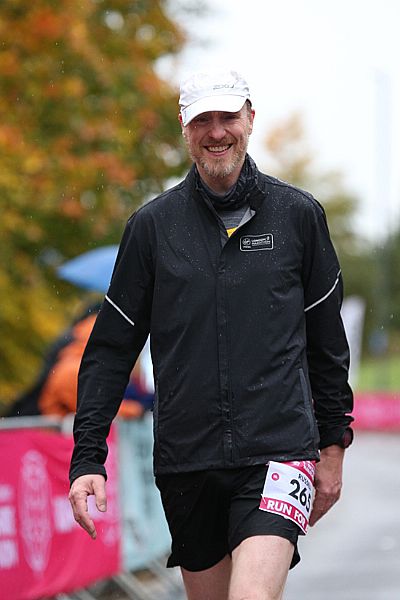 Almost at the finish line, ready to sprint the last few feet.