A Gift From The Hydro

The SSE Hydro in Glasgow celebrated its fifth birthday recently with a random draw to give away tickets to forthcoming shows – and I was one of the winners. I could have copped for wrestling, Disney on Ice or some warbling X Factor reject but got lucky with two tickets for Def Leppard in December. It’s not a band I would have sought out, and I can name only two of their songs, but it should be a good night.

Even Matchgirl expressed an interest, so it’s a shame that she’s in Shetland at the time. Fortunately my gig wife, Carol, accepted the stand-in slot without hesitation. She’s a big fan of the Sheffield heavy rockers. And Matchgirl will be in Glasgow with me the following week to see Madness. It’s been a good year for watching gigs as well as playing them.

Next year already looks promising: Yes/ARW should be back, Strictly Live has been booked and this morning, after Matchgirl showed mild enthusiasm last night, I snapped up two seats for the Eagles at the Hydro in July, seconds after they went on sale, although I avoided the the £600+ platinum tickets. I’m not that big a fan.

Henley, Walsh and Schmit are still alive, and Deacon Frey covers for his father, so with the addition of Vince Gill it looks like the real thing. Reviews from the US tour are glowing. 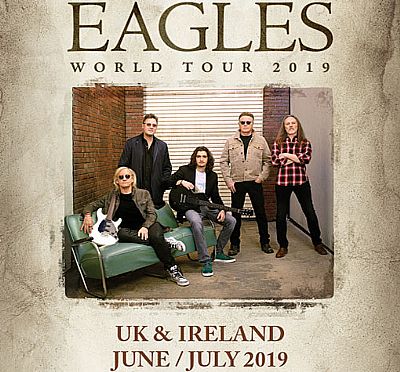 Marathon Update: The delayed third run of taper week one – 94 minutes – took place on Monday, without trouble. Today, despite rain, I ventured out for the 30-minute tiddler that was the first run of taper week two. Just four training runs left. Keep your fingers crossed for good weather in York.