Black And White In Colour

Patience was rewarded last night when, around 11pm, I captured my first snaps of Brock in the garden – grainy, blurry and definitely not award-winning images, but they’re mine.

He spent most of his time beneath the bird feeder, hoovering up carelessly dropped sunflower hearts (the birds don’t care how much they cost), until Pandora made a noisy exit through the cat-flap. Rather than stand and fight Brock bolted into the gloom at the back of the garden, proving that badgers have a fair turn of speed. Pandora chose not to pursue him, or maybe she just pretended not to see him to spare herself the risk of fisticuffs.

Earlier, Willow made a noisy entrance to The Rural Retreat to boast about the vole she’d caught. A second later Maia entered carrying a dead sparrow chick which I suspect had fallen from a nest rather than been hunted down. Proof that Maia’s preferred prey is static came today when she brought home her latest trophy: a piece of potato. Whether it was barbecue droppings or scavenged from a waste bin is unknown. 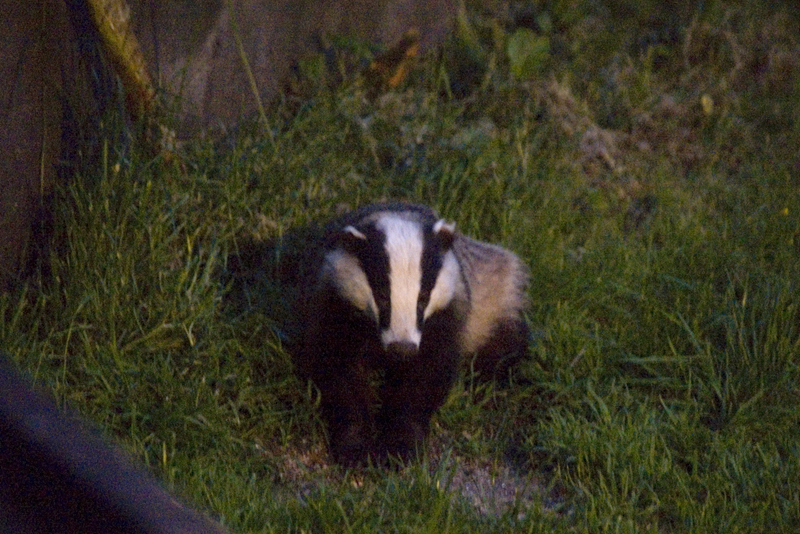 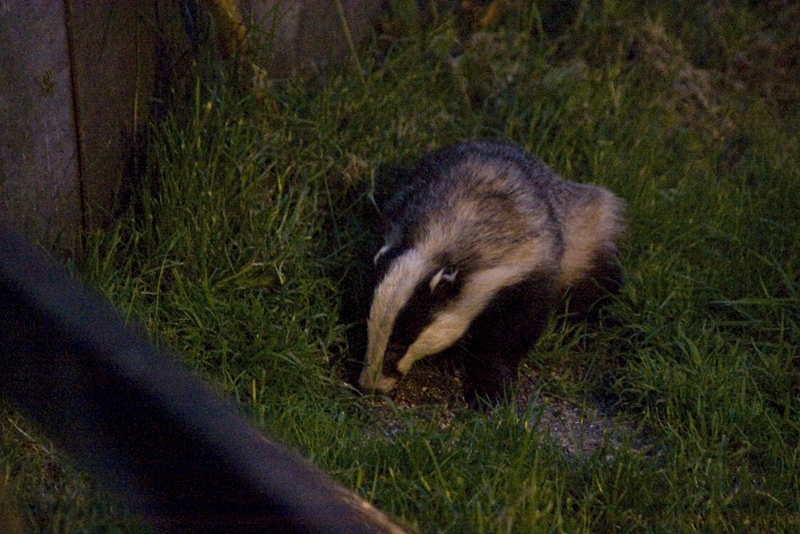 Musical Update: City Limits’ Wednesday night gig at Kinloss barracks proved so traumatic that I was unable to write about it before now. The sight of naked squaddies sliding across a beer-covered dance floor will live with me for a long time, unfortunately. Silver Sands holiday park in Lossiemouth tomorrow night should be much more respectable.