An Appointment In Samarra

Life can be cruel. A swallow makes the epic migration from South Africa to the Highlands, flying 200 miles a day, crossing the Sahara and the Pyrenees, battling exhaustion, starvation and storms, and just when it thinks the worst is over it mistakes an open door for the entrance to a cool, shady barn and flies into The Rural Retreat. Where within milliseconds it’s seized and killed by Maia, the least enthusiastic hunter of The Pride but the most resolute defender of her home.

She did get a stern telling off but her instinctive reaction was understandable, although it doesn’t make the swallow’s unfortunate end any less sad.

Voles and mice have also suffered early demises at the paws of Willow, and Pandora has been observed slinking away with a chaffinch in her jaws – something she refused to relinquish despite a Benny Hill-type chase around the garden. The good news is that last year’s Great Siskin Slaughter has yet to be repeated. Maybe Willow’s still preparing herself.

There was better wildlife news last night when I had my first sighting of Brock. He was happily munching beneath the bird feeder when I happened to look outside around 11.30. I watched for around 20 minutes while he explored the area for food before moving on to the apple tree feeder, beyond the reach of our outside light.

There was no chance of Pentax snappery, and I’d forgotten to put out the Bushnell earlier, so here’s a snap from the night before. 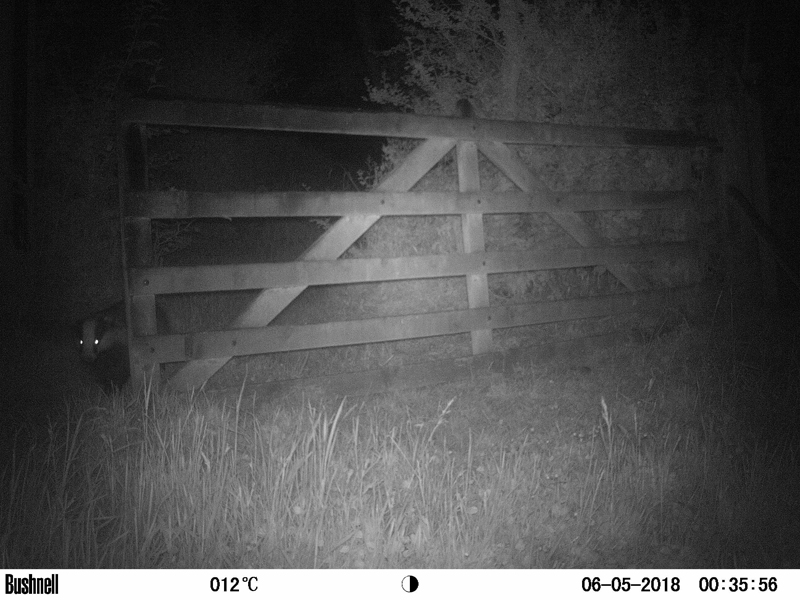