The forecast was correct: rotten weather for the first run of Week 6, a 40-minute trot. I resisted the temptation to put it off until the afternoon and stepped out, watched by a smirking Matchgirl, into a cold, damp, windy morning. At least the sleet had held off.

Because the Garmin was hidden beneath the sleeve of my hooded top, worn for the first time, I set my pace at what felt right and didn’t look at the watch until I reached Newmills T-junction, 13 minutes later, when I discovered I was running at around 10:30min/mile, half a minute faster than my nominal easy pace. Rather than try to slow myself, I stuck to the same pace and completed the 40 minutes. Two more minutes rounded off the fourth mile.

The good news was that my hip ache, which disappeared yesterday after something went ‘clonk’, didn’t return. Less good was that my new shoes felt distinctly under-cushioned. Maybe it’s something to do with the cold. I’ll give them the benefit of the doubt for now but a further shoe purchase looms ominously on the horizon.

I received my reward from The Running Gods. Sleet began to fall not long after I returned to The Rural Retreat and the forecast sunny afternoon was nothing but rain. Thankfully it looks good for Friday’s session, when I won’t be able to hang about because we’ve the Glasgow train to catch. Strictly Live beckons.

So that’s the fourth month of running over. January featured 59 miles of running (and a bit of walking) in four minutes short of 11 hours. That’s more than two marathons. So far, so good. 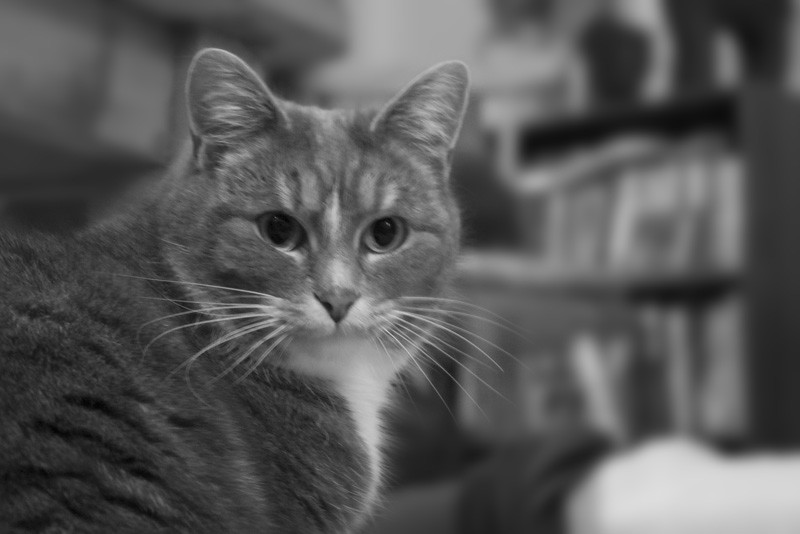 The Pentax continues to be underused, although I did catch Pandora in Maia’s box a couple of days ago by holding the camera at foot height and hoping for the best with regard to composition and focus. Both turned out OK, despite the box not featuring, but one fifth exposure means the snap is very fuzzy. I still like it.