An Easy Time With Matchgirl

Yesterday should have been Day 1 of Week 5 of the marathon training programme, but rain and 50mph winds kept me (and Matchgirl, who was also supposed to be out) indoors with three bored cats.

The weather improved today (although the frost had returned), so the running gear was donned for a 30-minute session in which the new shoes made their debut. They performed admirably. Matchgirl’s ultra training schedule also required a 30-minute session, so for the first time we did a complete run together, the pace set by my athletic advisor.

This was a ‘recovery’ run for her, after some recent long-distance outings, and an ‘easy’ run for me at the beginning of a more laid back week following my eight-mile triumph last Monday. We finished together after three miles, me more out of breath than her although we’d been able to converse along the way, which is how it’s supposed to be on an easy run. 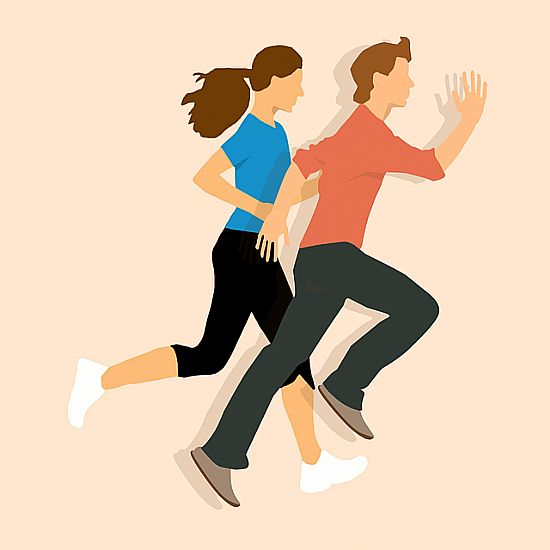 Running alongside someone was different after almost four months of solo plodding with just the tunes in my head for company; not better, or worse, just different. I’d have no objection to a repeat but the chances of our schedules coinciding again are slim.

My next run is another 30 minutes on Saturday. It will be instructive to compare that with today’s effort. The run will also take me past 50 miles covered this month, with one run still to do. In December I covered 36 miles; November and October were both 23. The distance is adding up.