So far I’ve been lucky with running weather. Now the prospects don’t look so good. Some proper snow fell today, when I wasn’t due to run, and more is forecast in the morning, when I am.

This could be a character-building opportunity, as advocated by Matchgirl, but why risk a slippery run and possible injury when there’s a way around it? I’ve not forgotten her broken fingers. That’s why Wednesday’s run will now take place on Thursday, unless tomorrow afternoon looks inviting.

At least I had the opportunity, when I wasn’t working on the next Bassman Book, to watch vast flocks of hungry chaffinches making the most of the feeders. Also spotted were great, blue and coal tits, robins, dunnocks, tree sparrows, blackbirds, goldfinches, bramblings and great spotted woodpeckers. No yellowhammers, though, which have become quite rare in the last couple of years. Long-tailed tits, greenfinches and siskins were around a couple of days ago but not today. 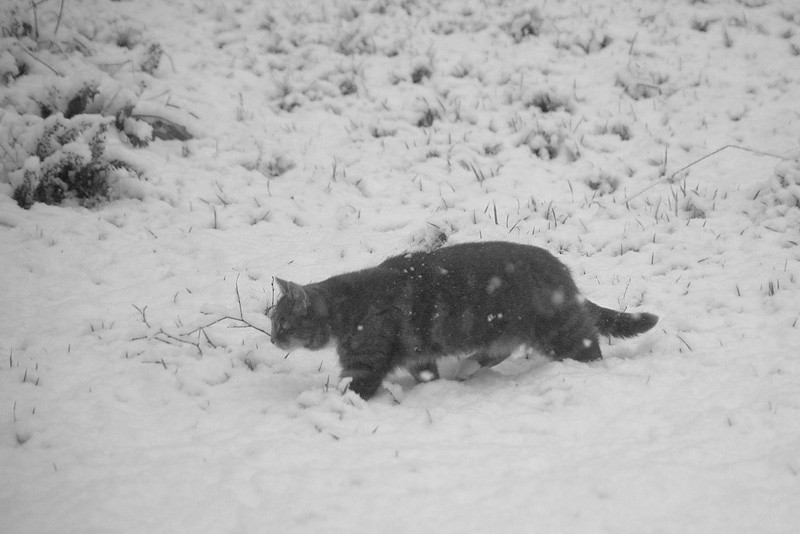 Cats are unhappy with the weather too. Willow was out for only a couple of minutes, Pandora long enough to practise her snow leopard impression, and Maia not at all. An active radiator is too great an attraction.