A Truce In The Hoose

It’s another sunny sub-zero day outside The Rural Retreat. Cats (and Matchgirl) are not happy, and not just (in the case of cats) from the cabin fever caused by a reluctance to get cold paws.

The local rodent population is also disgruntled about the temperature and for the first time in several years has sought refuge inside the Retreat’s cavity walls. The resultant skittering and scratching has kept all three members of The Pride on full alert, noses pressed into corners, frustrated by the sounds just out of reach.

They’ve even all shared the same windowsill at the same time, without fighting, feline curiosity leading to an unprecedented truce. 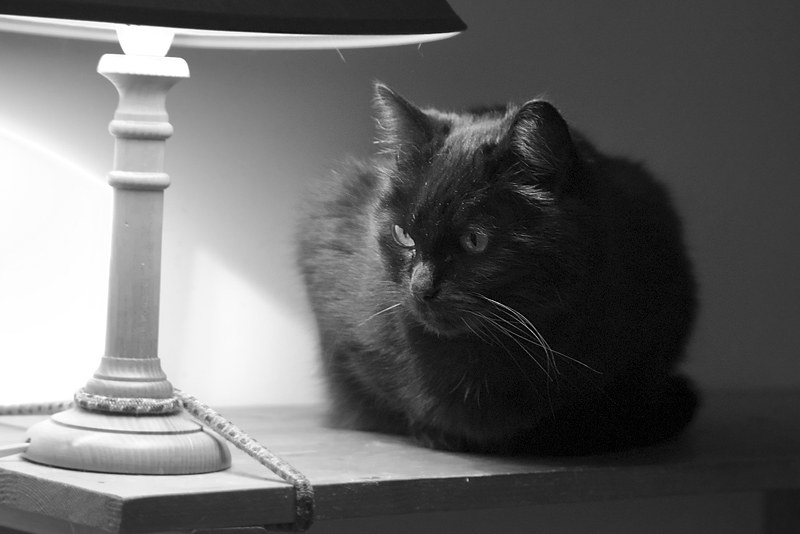 Maia has joined in The Great Rodent Hunt, although not with the same persistence as Willow and Pandora. Warmth and food (not necessarily in that order) remain her priorities, so here’s the year’s first snap: a moody monochrome portrait of her on the warm shelf close to the heat lamp. (Note the cord that keeps it in place to prolong lightbulb life.)