A Matter Of Priorities

At last – blue sky and warmth, perfect for the first day out with Kawasaki San since the Beauly deluge that ended to North Coast 500 run almost four weeks ago. Unfortunately, the grass needed to be cut again and, if the forecast is correct, it could be the last opportunity for some time. Such is life.

So much of today has been spent heaving the mower around the garden, followed by a little light strimming. At least I have something to show for my effort.

Once small patch has been spared for the sake of the fungi crop that’s sprung up in the last few days. The mushrooms/toadstools (I admit my ignorance) aren’t very pretty but it’s always interesting to leave them to see what grows. And with a sepia filter one even makes a decent snap. 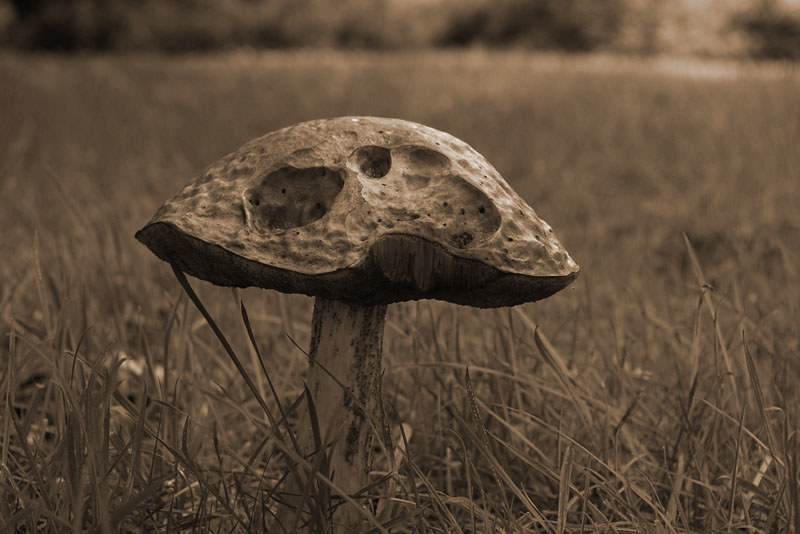 Music Update: City Limits’ recent showreel continues to win new interest in the band with more than 3,000 views on Facebook (and a mere handful on YouTube). If all the possible weddings, galas and functions are confirmed we could have a hectic time next year. The number of Facebook likes is growing too.

However, we learned long ago that a bird in the hand is more important so we’re looking forward to the weekend and our latest Johnny Foxes two-nighter. If all our Facebook friends turn up they will be two great gigs. Although they will be anyway – we like Foxes.