No Time To Rest

It’s been a hectic few days: The Rural Retreat is restored to the closest it ever gets to order following The Great Boiler Makeover; City Limits played another wedding, this time in Elgin; Cathy the Runner (it was good to see you) has been and gone after she and Matchgirl ran the Nairn Half Marathon (and achieved times that pleased them both) and we all indulged in some Cairngorm rambles; the next Chatterbox is complete and waiting to be printed.

But there’s no time to rest. Tomorrow I’ll join three biking friends on a three-day tour of the northern Highlands – which is why rain is forecast tomorrow.

The Pride will be glad to have a quiet time with only Matchgirl in the cottage. Recent upheavals have affected them in different ways: Pandora’s stayed outside and out of the way, reluctant to interact with workmen and visitors; Maia’s become even more hungry, demanding food at all times to help deal with her angst; Willow, on the other hand, is the same happy and murderous grey cat she always is, as confirmed by more dead siskins.

Then it’s back to play at a wedding fair with City Limits, in search of more bookings, and distribute the newly printed Chatterbox. September can only be quieter. 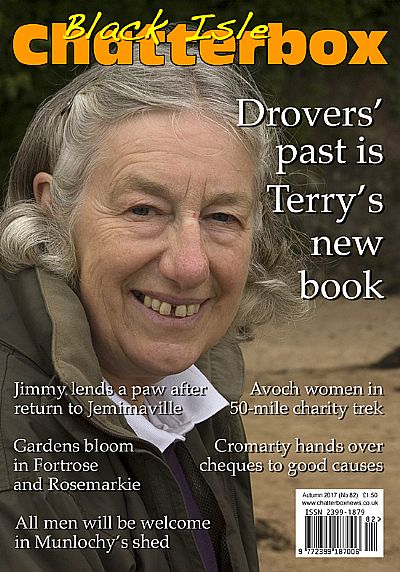 Strictly Update: Jonnie Peacock has snatched favoured status from Susan Calman, at least as far as Matchgirl (and Cathy) is concerned. I'll stick with Susan.