First thing in the morning, last thing at night, and with worrying frequency between, Matchgirl is outside, peering inside our new combi boiler to ensure that the water pressure hasn’t fallen too low (which could mean a leak) or risen too high (which could mean an explosion) and that all the lights that should be on are on. It’s a full-time job.

When her work demands that she should be away from The Rural Retreat, regular text messages enquire whether the boiler still functions (it does) and the ceiling is free of leaks (it is). With luck, her OBCD will soon wane.

After reading the instruction book properly we now know how to programme the wall controller so the water will be hot when we need it and the radiators fire up at the appropriate times. Such power. The prospects of a warm winter look promising.

The next task will be to prowl around Wickes, B&Q and their competitors to help Matchgirl decide what should be in her new kitchen and, even more important, what colour it should be.

In the meantime, work has begun on the next Chatterbox, not helped by the absence of my favourite Mac. I’ll struggle on. 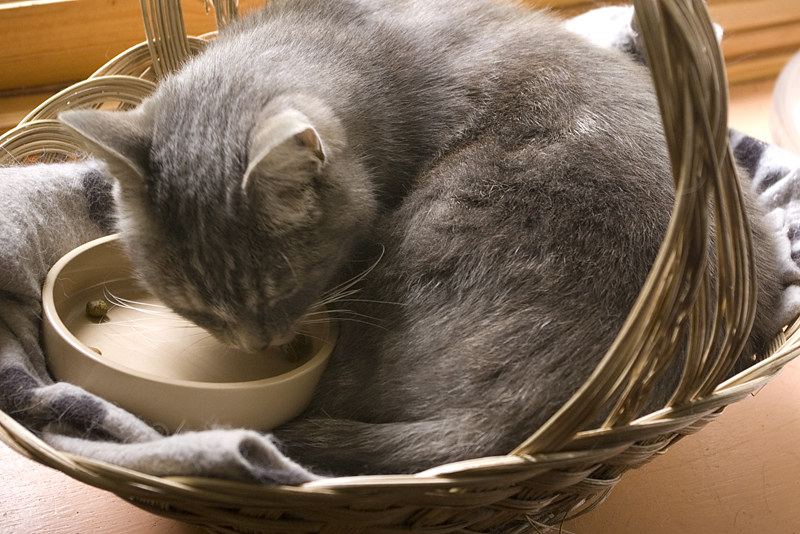 Another absence was more favourably received. Pandora celebrated the lack of workmen by spending all morning and half the afternoon in her favourite basket. She was so comfortable that even lunchtime biscuits couldn’t lure her out. Being a softy, I gave her biscuits in bed.

Wallpaper Update: The historic paper briefly revealed during boiler installation work has been identified as from the late 19th century by a friend of a friend who did her PhD on wallpaper. Really.